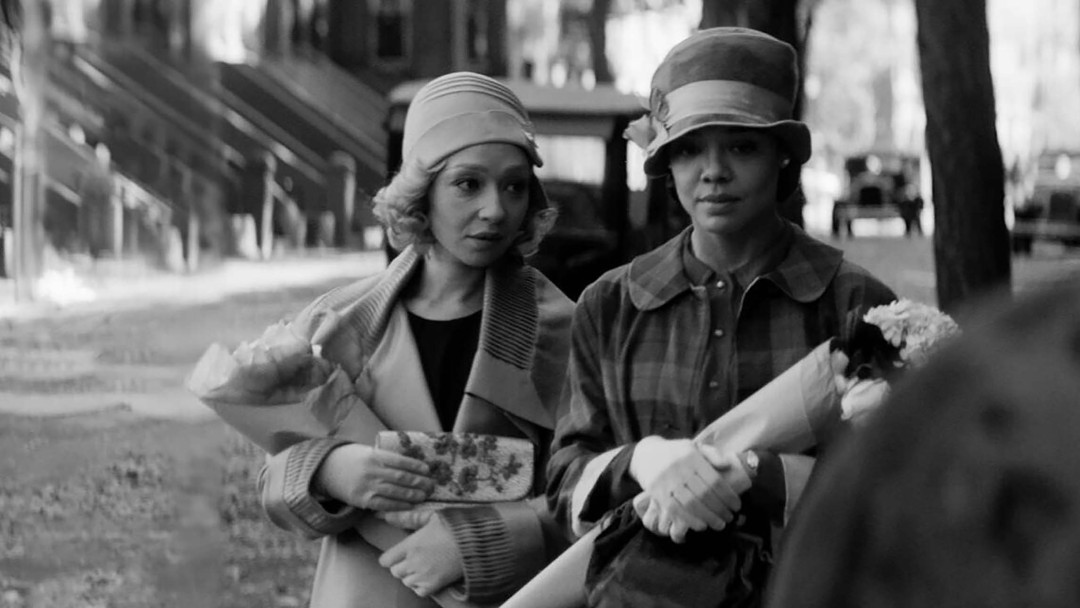 “We’re all of us passing for something or other, aren’t we?”

Rebecca Hall’s inspiration in adapting Nella Larsen’s novel, Passing, didn’t come from her need to bring this rather artistic short story to life, but rather a strong connection to the material. Hall’s grandfather, a black man, “passed” for a white man throughout his life. This new adaptation is many years in the making, as Hall describes.

This is Hall’s first time out of the gate as she takes on the duties of both writer and director. Her adaptation tells the story of Irene Redfield. Irene is a quiet woman — keeps to herself most of the time. She’s able to pass for a white woman as she heavily powders her light skin into a lighter color. She’s free to walk about stores, and grab something cold to drink in a hotel restaurant. But on her most recent outing, Irene comes across an old friend, Clare Kendry. Clare is vivacious, eagerly socializing with everyone around her. Clare is “passing” too, but more than Irene could ever imagine. Clare has married a white man who is of the understanding that Clare is also white. Not to mention that he’s an unashamed racist.

Filmed in black and white, the colorless imagery adds to the secrets that everyone is keeping within their whispers to one another. Tessa Thompson’s performance as Irene is the most reserved I’ve seen Thompson, especially when compared to her Marvel counterpart, Valkyrie. There’s almost a sensual desire that Thompson and Ruth Negga exude when around each other. The gaze of the muscles in one’s back. The abrupt recoil to a touch of the hand. There’s clearly something that’s surrounding our two leads.

“Everyone is passing for something,” Irene explains to a white man who’s become interested in her ability to pass as a white person. This is the key theme to the film. Someone is always “passing” for one reason or another. The fake smiles, hidden sexuality, or hiding in plain sight, lies within these women’s hearts. It’s for them to know, and them to know only. Passing’s ups and downs, secrets upon secrets, never gives the audience much to definitively classify these characters — only ideas as to who they may be.

Now with that being said, Passing has its creative and appealing storyline, especially a narrative that many may not know even existed in the old days. Hall’s eye for directing is only a taste of what may continue to be should she continue to pursue this as another branch of her talents. Her keen eye for revealing the importance the characters in the smallest details, fully explains what happens later in the film. She’s a true visionary storyteller. But the screenplay, though thought-provoking, is the biggest downfall of the film.

Passing prides itself on leaving an ambiguous persona to each of the characters, but in that, the film never gives the audience a path to navigate. The story feels muddled and soon begins to dampen the great acting. It falls into that often predictable category of adapting a short story. Though one may look at a short story and find it easy to work around, more times than not, a film’s adaptation takes on the gargantuan task of trying to stretch a 100 page story into an hour and forty five minute film.

The simplistic way that Hall brings this story to life, is exquisite. Hall finds the beauty in the simplest ways the characters move about. But as far as that, Passing finds itself in a rut as the film becomes stale, and fails to truly capture the interest of its audience.

Written and Directed by: Rebecca Hall