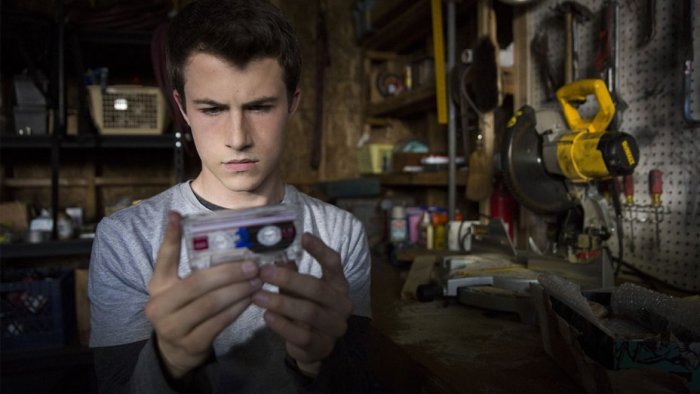 In this Selena Gomez produced Netflix series, based on the critically acclaimed book by Jay Asher, 13 Reasons Why focuses upon suicide in a way that other films haven’t touched upon. Our story follows Clay Jensen (Dylan Minnette) as he receives a mysterious package on his doorstep. The package contains 7 tapes from his classmate and crush, detailing the 13 reasons why she chose to commit suicide. As Clay listens to these tapes, the incidents being revealed become more than he can bear.

13 Reasons Why is a tear jerker for sure. The series is gritty and forces you to relive the rather unpleasantness of high school. It doesn’t matter if you’re a jock or a nerd, you know you were mistreated in some way by these monsters of your past. This series does that so well in relating to almost every character. Stating that no matter who you are, we all have problems. Minnette who plays Clay, our main character, is truly believable. I was surprised at how raw his acting was. It’s often that we see a young teenager not fully developed in their acting ability, and it’s noticeable that Minnette wasn’t perfect, but he did give those dramatic speeches that will have you reaching for a tissue.

The rough characters throughout this series, makes you hate them. The good characters make you feel them. 13 Reasons Why does a great job of pointing out the sadness, and or wickedness, of these characters without having to blatantly tell the viewer, “isn’t this person evil?”

But as good as this series is, it isn’t without its problems. After the third episode, I found the series beginning to drag.
I wanted the tapes to be surprising, but was often faced with revealing tapes about characters that I had no invested interest in. But the thought of wondering what the last tapes would say, or what Clay’s tape would say, kept me going and eventually caused me to binge watch the series. There are times when the acting could have been better, or a certain character’s real-life Australian accent distracted me from a powerful scene. The ending, which I won’t spoil for you here, made me cry. The overwhelming emotion in one of the final scenes is so believable. This particular scene will scar you for life. It’s the scene that I know will live with me for a long time.

Even if you don’t have a soft spot for teen dramas, 13 Reasons Why will make your heart break. It’s not perfect, but it achieves its goal of making you think, and providing awareness to the climbing suicide numbers in the United States.

One thought on “REVIEW: 13 REASONS WHY”