“How long have we been on this rock? Five weeks? Two Days? Help me to recollect.”

The Lighthouse tells the story of two men, working as lighthouse keepers off the coast of Maine in the 1890s. But when a terrible storm hits their shores, the two men fight to keep their sanity intact as they wait for someone to come and rescue them. The Lighthouse transforms these characters from hard-working men, to men plunging head-first into utter insanity. This film will not terrify you through jump scares. Instead, director Robert Eggers wants you to feel the paranoiac and sinister thoughts that linger behind our characters’ eyes. With inspiration from true tales, novels, and Greek mythology, The Lighthouse is anything but a conventional film.

From the start of The Lighthouse, there’s a very claustrophobic feeling. Robert Pattinson and Willem Dafoe, our two main characters, are limited to this rock in the middle of the ocean with nowhere to go. Pattinson and Dafoe’s performances are some of the best of their careers. You see them give everything to these roles, losing themselves in the characters they’re playing. With each scene, you feel the anxiety, as your own incessant need to escape this place, along with the characters, keeps building and building. The claustrophobia never loses its grip around your nerves, and adds to the glaring horror, and uneasiness that this film is able to capture. There’s nothing to give you a sense of ease and comfort while watching The Lighthouse, which makes it all the more terrifying. 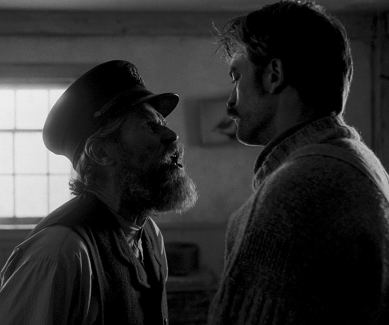 Eggers has removed the straightforward narrative, because even that is too comforting for the common audience. Therefore, thrusting us into a bleak and horrific story right along with the characters.

Among other things, what truly makes this film great is Eggers’ ability to tell a Greek mythology story, set in a different place and time period. If you watch closely, The Lighthouse is loosely based on the story of Prometheus, a Greek Titan, who stole fire from Zeus and introduced it to humans. In an effort to not give away any more hints, I’ll be brief, and say that several Greek mythology scenes, are extremely apparent. But what impressed me most is Eggers’ visual storytelling. If there is one thing that makes this movie worth watching, it’s the art direction and cinematography. The Lighthouse gave me The Night of the Hunter vibes with every scene. I won’t say that Eggers stole from Night of the Hunter, but rather paid homage to another great psychological horror film, while also telling a story of his own. Eggers remains the heart and soul behind The Lighthouse. Without his attention to detail, we wouldn’t be saying how incredible this film is.

Many audience members threw up their hands in frustration in watching Eggers’ past project, The Witch. And I must say, if you didn’t like that film, you won’t like The Lighthouse. Most, will have to watch this film twice to fully appreciate it in all its glory. It’s clear that Eggers doesn’t make films to please the masses. He doesn’t pander to one’s opinion, but rather turns that opinion upside down, and gives you a film that you can’t even imagine. The Lighthouse is a risky move, but to see that there is a film that is so brilliantly insane, and beautifully crafted —that can still be made today— then I believe there will always be room for artistic pieces such as this. 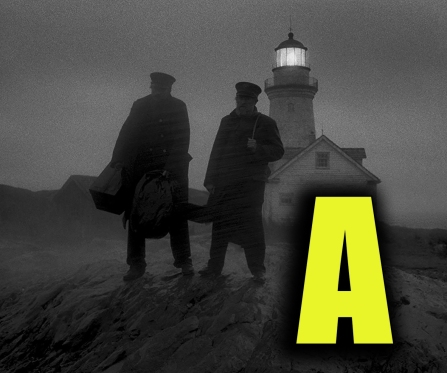