“Something truly goddamn strange is going on here!”

Velvet Buzzsaw tells the story of a handful of successful people in the art world. More so, the ones who have a say as who get recognized by their work or not. Upon one woman finding the artwork of a man who recently died in her building, mysterious events start to happen, sending each of these prominent figures into a downward spiral of hallucinations and paranoia. Once again writer and director Dan Gilroy, most known for Nightcrawler, gives us a strange and gory story that will have you glued to your television.

I’m a sucker for the arts, not to mention I was so taken away by Gilroy’s last film, Nightcrawler. So of course when I saw Jake Gyllenhaal and Gilroy teaming up again, I knew I couldn’t miss it. Velvet Buzzsaw, what a prolific name for a film! The film takes you deep inside of the art world focusing on the greed and repulsion that goes on behind the scenes. The characters in the film are painted in a negative light, and to be honest, are rather revolting human beings. But nonetheless I really enjoyed it. There were some issues, but I’ll get into that later. For now, let’s focus on the good. For what it’s worth, the cast of this film make up the huge majority of why I enjoyed the film. Gyllenhaal, who’s good in anything he does, shines again as he plays the art critic, Morf Vandewalt. Toni Collette, who has come off an amazing year with Hereditary, gives it her all. But don’t be fooled, her talents are a bit unutilized in this role. 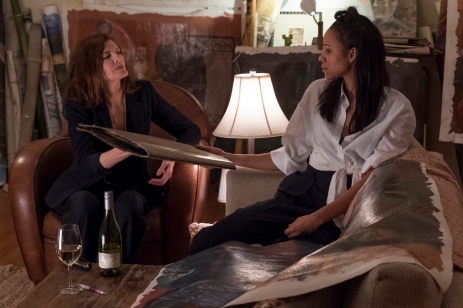 For a woman of Collette’s caliber, I want to see her on fool display. But my favorite my favorite character has to be Rhodora, played by Rene Russo. I absolutely loved her character. Much like her character in Nightcrawler, she’s ruthless, doesn’t get pushed around, and will choose an immoral route if it helps her make a buck. Russo plays it so well! I couldn’t wait for her to come on screen again and again. Her interactions with other characters added so much to the intensity of the story.

In reference to interactions with other characters, the dialogue in the film is great. Morf’s use of words that no one uses, or how everyday interactions sounded like a critique, really added to the character that he is. However, though the dialogue may have been exceptional, the overall story was a little confusing. The theme of these prominent figures being struck down by an artist whose work is being sold without permission is incredibly creative. But the way some things happen in the story, and not to spoil anything here, but how the deaths seem to occur, well, it doesn’t really make that much sense. In addition to the confusion, I wanted there to be a more solidified ending as to what was going on. But in the end, I couldn’t help but feel that the ending was a bit rushed and a little disappointing.

All in all, Velvet Buzzsaw is another gory satire that takes place in the art world. With hints of real life art scandals and of course jabs at all types of artistic criticism, this film does offer quite a bit of entertainment. I truly loved the vast majority of this film, and can take the bit of narrative confusion for what it’s worth. Nevertheless, I will sit down and watch this film again and again.

Written and Directed by: Dan Gilroy 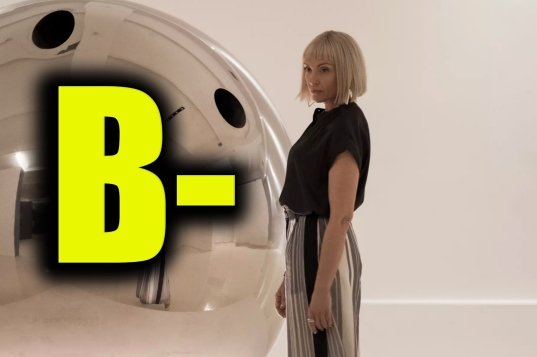