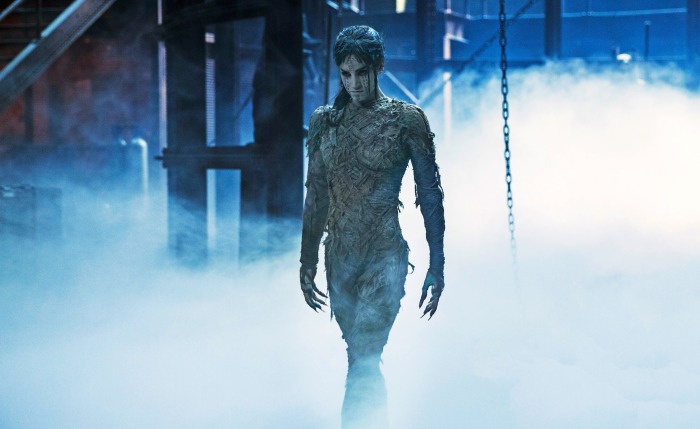 The Mummy is a reboot (remake?) of one of Universal’s famous monsters. Starring Tom Cruise as Nick Morton, a looter who’s on the lookout for the next big piece he can sell for a hefty price, teams up with Jenny Halsey (Annabelle Wallis) and Chris Vail (Jake Johnson) as they unearth a mysterious sarcophagus belonging to a long lost evil princess, Ahmanet (Sofia Boutella).

As I went into this film, well, it’s difficult for me to explain exactly how I felt. See, The Mummy films that came out in the late 90s early 2000s were some of my favorite movies when I was young. Being a kid, I really didn’t notice how outrageous these films were. So after I found out that another reboot was happening, because in case you forgot, The Mummy (1999) was actually a reboot from The Mummy that was released in 1932, starring Boris Karloff, I was more than a little skeptical at how this movie was going to be. If you’ve seen the previous Mummy movies, it follows that exact same recipe. You have a “badass guy” on an adventure with a young book smart woman and his quirky friend, as they set out to fight a big bad mummy. That’s basically it. I will admit that I was a little taken in with the trailers, and I naïvely thought, “this actually looks decent.” I was wrong. This new film is anything but good. This is a travesty of epic proportions.

The Mummy doesn’t have much going for it, but there are still some good things. Along with the decent actions scenes, the environment in this film is nice to look at. But anything past that is where this movie fails. The screenplay is the downfall of this film. If you have someone as talented as Tom Cruise in your film, you should be able to have a decent movie. But throughout this film I didn’t know where this it was going. The Mummy wanted so badly to be different and epic, that along the way, it became a total mess. It didn’t know where it wanted to go. There were “too many cooks in the kitchen” with rewrite after rewrite. And because of that, you can definitely tell that this film lacked the structure it so desperately needed. But what really bothered me was that it felt like The Mummy meets Zombies. 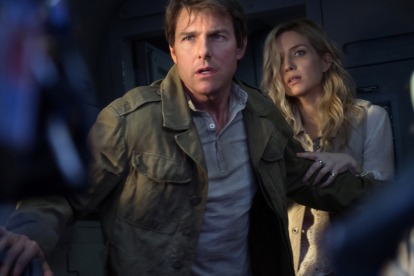 Flying on the coattails of the zombie popularity, the effects made the mummies looks like zombies instead of good old mummies. Also, there were moments in the film where I wanted an explanation to what was going on, but the interest would be suddenly ripped away because one character would make a cheesy joke. Now I understand that those moments are needed, but the comedy was interjected at the most inopportune times.

As for the characters, they were dull. Cruise, in typical Cruise fashion, played his action hero character with so much believability. It was actually an entertaining performance, but I can’t say the same for his costars. In the film, Russell Crowe plays a rather popular character. I won’t give anything away, because his presence in the film was definitely a surprise. Sadly, it was a bad surprise. His character really had no business in the movie, because this character didn’t add much. He was just placed there. His character’s on screen presence was clunky and lackluster at best. As for the two supporting characters, Jenny and Chris, they didn’t add much to this film either. Jenny, though playing the book smart female, never really used her book smarts to help. It was constantly Nick who was coming to save the day. Maybe they should have renamed her character as “the damsel in distress,” because that’s all she was good for.  As for Chris, he has a few funny parts, but in the long run his time on screen started to grate on me.

With the fate of Universal’s Dark Universe in question, everything is hinging on whether The Mummy succeeds or tanks at the box office. But after seeing this film, Universal should reevaluate their options before releasing another garbage Dark Universe film. If you’re at all interested in this film, I suggest you stick to the older Mummy films.