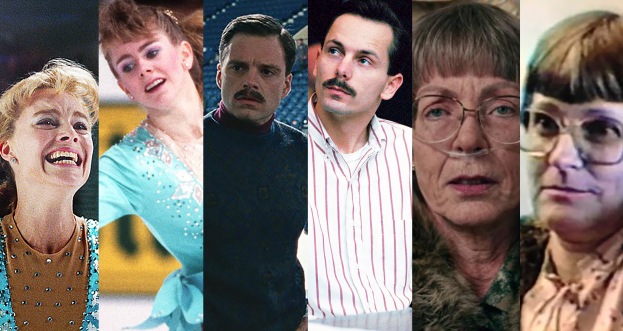 “I mean, come on! What kind of friggin’ person bashes in their friend’s knee? Who would do that to a friend?”

I, Tonya tells the crazy true life tale of Tonya Harding, her claim to fame on the 1994 U.S. Figure Skating Team, and conspiring with her bodyguard and her husband to kneecap her opponent, Nancy Kerrigan. The film, whose narrative runs much on “the incident”, gives the audience a detailed look at Harding’s alleged child abuse by her mother, and eventual abuse at the hand of husband Jeff Gillooly. It’s difficult to portray, or even tell a story about a real life character. And seeing how the incident has garnered so much media attention in the past, the story of this tragic figure skater has little wiggle room to elaborate. Or is there? I, Tonya definitely takes on a more sympathetic role as the film is now being called a vindication for Ms. Harding.

I, Tonya takes both a serious and comedic path, blending them together and landing each moment with grace and poise. Margot Robbie, who plays the disgraced figure skater, transforms herself so well that she is almost unrecognizable. Robbie gives 110% into this role and often loses herself in the process. She delivers one of the most realistic and painful performances of the year with such beautiful scenes. There is one scene where she sits before a mirror, forcing an Olympic smile through her tears. There’s no music, no dialogue, and no background noise.

It’s just Robbie, delivering some of the best work she has ever done. If there is anyone who has doubts to Robbie’s acting ability, I demand you watch this movie. As for the supporting cast, they were the cherry on top of this film. Sebastian Stan, who we often see as one of The Avengers, is eerily exact to the many interviews that Jeff Gillooly did during the time of the incident. It’s hard to look at this film and see that Stan and Gillooly are two different people. But it is Allison Janney that really hits it out of the park as Harding’s vulgar mother. Her screen time is limited, but she gets the job done.

The story inside I, Tonya is one that resonated with the public for one reason or another. During an interview, Robbie explained how she thought that the crime at the center of this story was made up for cinematic purposes. As I said earlier, this film often takes a sympathetic tone in relation to Harding’s involvement in the crime. Even going as far as to make Nancy Kerrigan a conceded spoiled brat. I spoke to someone recently about the movie and they asked why this was a comedy and not more of a drama. The story is a serious one, dealing with great amounts of violence a verbal abuse. However, the real people at the center of this story tend to say the dumbest things, and to us, it’s almost forced to come off as a comedy.

I, Tonya is defiantly worth a watch. With all the Oscar buzz surrounding so many other films, this film may fall under the radar. But the talent and story that unfold, is worth your time to see this on the big screen. 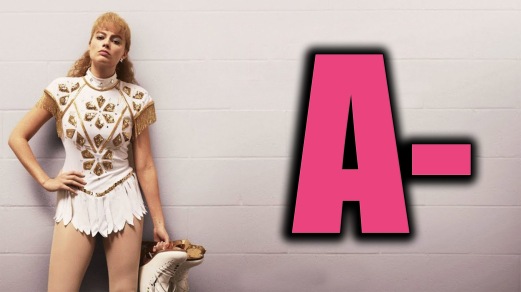