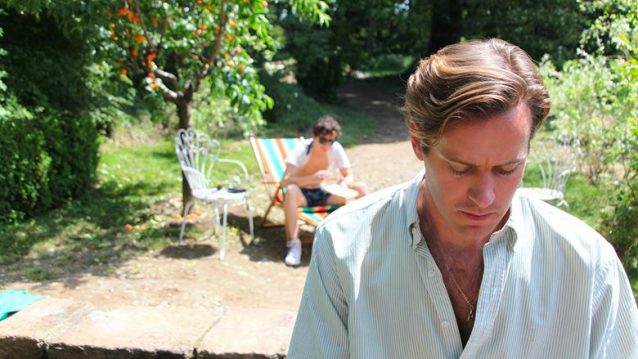 “Nature has cunning ways of finding our weakest spot.”

Call Me By Your Name tells the story of a young maned named Elio, who in 1983, meets Oliver, a research assistant who has come to Italy to help Elio’s father. What begins as just a simple friendship, evolves into a summer romance throughout the streets of Italy.

Call Me By Your Name, though exceptional in its direction and artistic aesthetic, does have a few flaws. But rather than leading with the negatives, let’s talk about the positives. The acting throughout this film is amazing. New comer Timothée Chalamet and Armie Hammer do well to exhibit these two men who are trying to find themselves in a forbidden relationship. These two actors portray their characters so realistically, that sometimes you lose yourself and the fact that you’re only watching a movie. But the film takes its time to unfold each character. Chalamet is a tour de force this year. The future of his career is looking brighter and brighter. Michael Stuhlbarg, continues to have a fantastic year in the projects that he chooses. 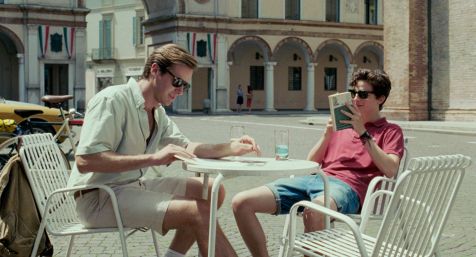 Stuhlbarg who plays Elio’s father, is instrumental to the story and more importantly the films finale. Stuhlbarg’s emotional speech at the end is one of the best emotional moments of the year. Luca Guadagnino gives exemplary direction through the characters of the film. That should it have not worked, it would lose the meaningful story at the center of this film. Guadagnino’s direction is there, but not overbearing that it takes away from the natural relationships.

The story that unfolds on screen is pure in its telling. The romance between Elio and Oliver is incredibly intimate, that you begin to wonder if you should be watching these young men give into these feelings of love, which they have tried to suppress in a time when there would be no leniency on the matter. You become a set of prying eyes to these two men as they fall deeply in love. But the story, though enchanting, may be a tougher narrative to put onscreen. The story is unconventional compared to most screenplays. The book, written by André Aciman, peels away the layers to each character in a slow manner, taking each character and molding them through the pages. When this format of writing is exhibited on screen, it can act like the film begins to drag. However, I would rather have a film that develops the romantic couple fully, rather than a couple whose relationship is under developed. I’m speaking to you Great Gatsby. Call Me By Your Name’s slow burn of the story leads to a more impactful ending for the characters.

Call Me By Your Name is real from beginning to end. You feel for the couple who’s at the center of the romantic drama through the backdrop of Northern Italy. This film lives up to the hype, creating a sentimental piece of film, that is both passionate and beautiful.

Call Me By Your Name