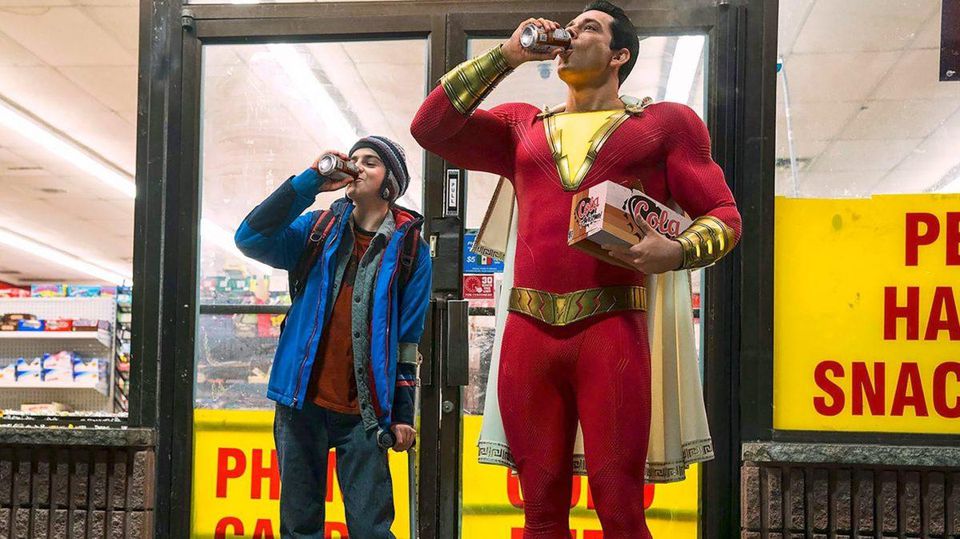 -“Only I have the power to unleash…”

-“Are you making some, like, big, evil-guy speech right now or somethin’? You’re like a mile away from me, and there’s traffic and cars and stuff! All I see is mouth-movin’!”

Shazam! is the DCEU’s newest superhero movie and tells the story about Billy Batson, a young kid bouncing around from foster home to foster home. One evening he comes across a magical wizard who gives him the ability to transform into an adult superhero whenever he says the word “Shazam!” Once the fun and games are over for Billy and his new friend, Freddy, Billy must take down Dr. Thaddeus Sivana who has been given the power of the Seven Deadly Sins. With the DCEU taking a darker and darker approach with each of their movies, it’s nice to see a superhero film that is a little lighter and a whole lot of goofy.

Shazam! let’s us tap into our imagination and asks us what it would be like if we had superhero powers. Personally, I’d probably act like these two kids here. I absolutely loved the scenes when Billy, who has now turned into adult Shazam!, and Freddy start recording what this superhero can actually do. Here, and in many other similar scenes, is where Shazam! really begins to take off. The performances from these two actors are what truly make this film. Zachary Levi, who plays the adult Shazam! is hilarious. Not to mention, Freddy, who is played by Jack Dylan Grazer, is able to deliver those humorous one-liners without fail. These two have a perfect chemistry together and really makes you believe in the friendship of their characters. It could have been easy for these two to become so goofy that it ended up watering down the

film with too much humor. Freddy is the sidekick in this entire film, which in my opinion, he tends to eclipse Levi at times. Though the superhero story does prevail, the theme of family, much like other DC comics, comes seriously into play. The underlying story of these foster parents wanting to give Billy a stable home is one that tugs at your heartstrings. Even our villain, who I will talk about later, has a family tie in. But in all of this film’s glory, there are some problematic areas.

There are some moments where the foster family storyline begins to get a little cheesy. However, director David F. Sandberg begins to reign in the sappy before it gets too out of hand. On a bigger note, Dr. Thaddeus Sivana, our villain in this movie, is rather dull. From the little bit of backstory that is told to us, I can see why this villain may still harbor any ill will to the people who have belittled him the whole time. But once we see Dr. Thaddeus at his full evil form, it’s not impressive at all. It’s surprising to see an unappealing villain like this come out of the DCEU.

I truly enjoyed watching Shazam!. There were some moments when I did shake my head at the overboard of sappiness, but I stayed for the action and the humor. The cast does a phenomenal job of making this film so entertaining. As for the humor, if you prefer it to stay away from your superhero films, then maybe Shazam! is not be your cup of tea. But if you give this film a chance, the humor and action will not disappoint. 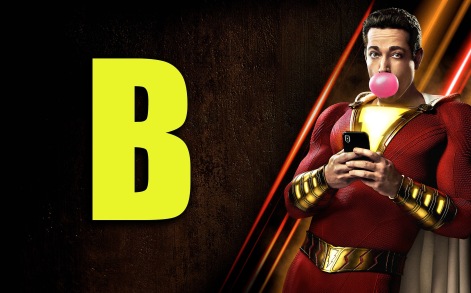