Spoilers if you haven’t seen Big Little Lies, season 1 or 2. You’ve been warned!

So it’s come to an end…or has it? That was the question that we were left with after the conclusion of Big Little Lies season 2. But as the wisps of sand leave our television screens, we say goodbye to the ladies that caught our eye over 2 years ago. However, though the show in its entirety was gripping, the ending of the show left with a little more to be expected. Though an ending that may be satisfactory in the event of season 3, nothing can compare to the first season of Big Little Lies, as it hit us with a bang. Who died? Who’s bullying sweet Amabella? Who raped Jane? So many questions needed answering, and boy did the show answer our questions week to week. Even I went on vacation and couldn’t miss the newest episode. It was a season of a show that garnered a second season, but did we really need it? Did we get too much of a good thing?

We were all back again for season 2 of Big Little Lies without any effort on our part. We gladly sacrificed our Sunday evenings to be back in Monterey Bay. Though there were some shocking scenes during the second season, the episodes were never “wowing.” I’m sure a lot of you will disagree with me, and that’s fine. I’m not saying season 2 was ever awful, or even disappointing. It was just not as good as the first, but I guess we should have expected that. Nothing ever seems to live up to the original. The women’s lives seem to become stagnate, especially Jane’s (Shailene Woodley). Celeste’s storyline, as well as Bonnie’s (Zoë Kravitz), were the ones that drove the second season.

However, Renata was in another column by herself. Her main storyline was never integral to the main plot points, but nevertheless, Laura Dern gave one of the best performances of her career. She deserves so much recognition for her performance of what her character was put through.

The ongoing storyline focused on Celeste (Nicole Kidman), as she fights with her mother-in-law to keep custody of her two boys following the death of Perry, while also examining Celeste’s capability as a mother and the overall sanity of the four other women. But the trouble where Big Little Lies finds itself is the storyline of the investigation into the infamous Monterey Five. The women stick together like glue to uphold the pact to protect Bonnie, but slowly the secret begins to unravel each one of them. Nothing really comes of the investigation. The whole storyline is conveniently put on the back-burner as Celeste’s custody battle, along with Madeline’s marriage, Jane’s intimacy issues, and Renata’s bankruptcy become front and center. Bonnie’s character arch still shows the harmful aftereffects that her lie is causing, and I guess Madeline’s as well, but Bonnie’s more so than any of the other women. That’s the only real reference we get to the crime they’ve committed.

The final episode could have been a major letdown if the courtroom scene between Kidman and Meryl Streep was absent. The lines were so superbly written for that scene, but more importantly, it showed off Kidman and Streep’s acting talents to their full extent. However, in essence, no resolution is found at the end of this second season as Bonnie proceeds to turn herself in with the rest of the Monterey Five standing by her side. That scene was a powerful moment with all the women coming to the police station to confess. 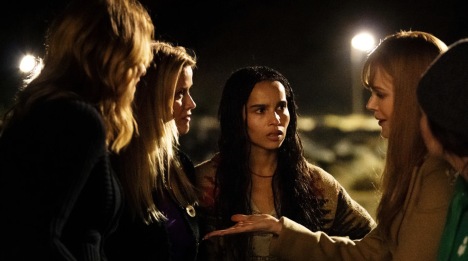 Now I won’t cry or make a stink about the whole ending. Although I may have liked to see a different conclusion, I do believe it was an adequate finale to the series. There are currently no plans to keep the show going, but that was also said after the first season. I do believe that this is going to be where the Monterey Five officially end their run. The women in this series couldn’t have done a better job at putting together such an intriguing drama. Kidman, Witherspoon, Woodley, Kravitz, and Dern, all contributed so much to such a captivating series. And although we would like to see the continuation of the show, maybe it’s better if we leave good enough alone. And those who think that there’s more story to tell for these women, I believe HBO has milked that golden calf to its last drop. Now that the Big Little Lies ladies have taken their final bow, and Game of Thrones has killed its final victim, after all this, it should make you feel better that you will now be saving money by cancelling your HBO subscription. 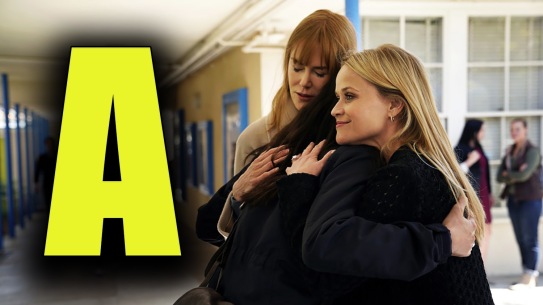