“Pink is a gateway color!”

The Addams Family, based on the cartoons by Charles Addams, follows Gomez and Morticia Addams, and their two children Wednesday and Pugsley, as their dark and ghoulish lives are disrupted by the start of a new and flashy housing development. But when the Addams family tries to be welcoming of such people, they realize its more than they bargained for. The story of The Addams Family has been told again and again, but this time it’s animated. However, the film is just a little too goofy to do the famous family justice.

With many remakes of The Addams Family, both television and movies, it’s hard to believe that we really needed another one. It’s also rather funny that so many franchises have gone from animated to live-action, but The Addams Family is doing the opposite. Which, I guess, plays into the main point the film wants to make. This newest Addams Family comes with a slew of well-known actors to voice the members of the spooky family. With actors like Charlize Theron or Oscar Isaac, the voices were sure to be a hit. Isaac knocks it out of the park with his interpretation of Gomez Addams. 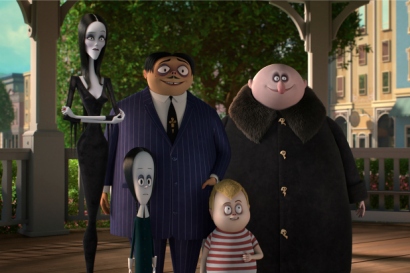 His voice is full of enthusiasm that really brings the character to life. As for Theron, her performance is a bit dull. It’s not like Morticia is a burst of energy on screen, but it’s clear that no one will ever beat Anjelica Huston’s performance of the brooding matriarch. The rest of the performances don’t carry much weight to them. Besides the characters whose voice acting simply failed to impress, some characters barely saw any screen time before they were sent on their way.

This newest film pales in comparison to the other adaptations that provide us with dark humor and unsettling subject matter. The Addams Family is a silly film that misses the mark, and reveals itself to be just another unnecessary remake. 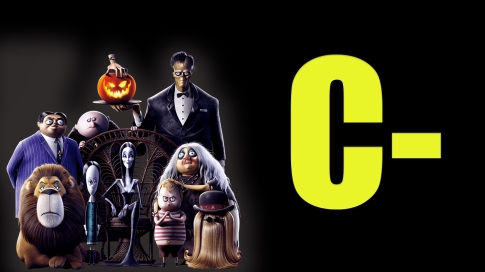