REVIEW: The Disappearance of Eleanor Rigby: Him, Her, and Everyone in Between 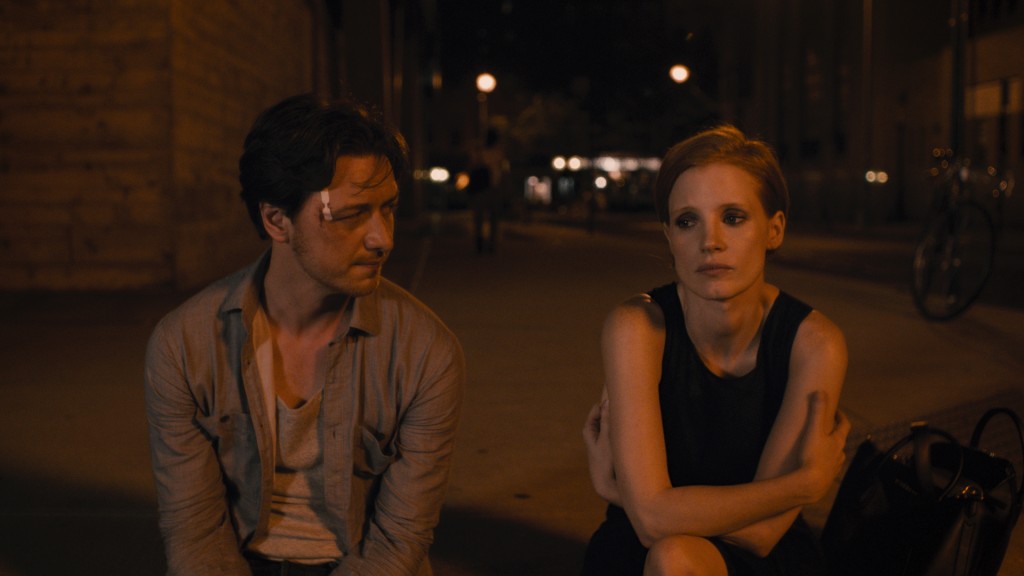 When I first heard The Disappearance of Eleanor Rigby was in production, I was fairly excited. This film was going to have what seemed like a decent story, and, well, everything just looked great from the outside. However, as the film expanded to more audiences, I couldn’t help but hear bad review after bad review. I watched this movie for the first time recently, and decided to give it the benefit of the doubt.

Eleanor Rigby, introduces us to a young couple, Eleanor and Conor, (Jessica Chastain and James McAvoy) as they struggle with their marriage after their child’s death. The story does bring an element of sadness and a search for life’s meaning. But what really caused me to not love this movie 100%, was the often drawn out and confusing story lines. The film is broken up into three parts. Him, which is from Conor’s point of view, Her, which is from Eleanor’s, and Them. As you watch the three parts, you gets a sense of how Eleanor and Conor are struggling to cope in their own ways with the tragedy in their lives. What I found interesting about this film, was the two separately told versions of the same events. I thought that was a nice touch, and personally, that was my favorite element of the film. But, as I continued to watch, I couldn’t help but feel confused at what was going on in the main characters’ lives. You almost have to watch Him and Her back to back. Just watching one film, then waiting a couple of days, will leave you asking, “What? So…who died? Wait, how did she get there?” Some of the events are never really cleared up, and as the film abruptly ends, you ask yourself, okay, I guess their relationship ended like this?

As for the third part, which really isn’t a part in and of itself, Them puts everything you watched in the first two movies, and condenses it to a mere 2 ½ hours. I would say that the film was able to take out everything that the movie lacked in consistency, if that were actually true. However, as I watched Them, the film lost some great elements. The story lines weren’t as impacting, as well as the “he said she said” versions of the events, were now lost. Now you can look at it one of two ways. You can look at the film as a simplified version of the events these characters endured, or you can look at the Them as a film on its own with the purpose of showing the events in its true form.

Though this movie had its moments, it did, however, disappoint me in many ways. With stars such as James McAvoy, Jessica Chastain, and Viola Davis at the helm, it was a match made in Film Heaven. But what I have learned to appreciate while watching films, is the importance of a director’s role on a set. Though actors may achieve greatness throughout their career, it is the director who truly pulls that talent out of their actors, and guides them into the right direction. I won’t say that Ned Besson’s directing is bad, but their were certain qualities of his position that he lacked.

I have seen this movie and have to agree with those who have seen this film before me. I honestly wish I could give this a higher rating, but my disappointment is too great. The Disappearance of Eleanor Rigby was just a film that couldn’t figure out what it wanted to achieve.