“I’m going to make a movie about you.”

Shia LeBeouf has had his hard times in the media. Most notably some of his bar brawls, car accidents, or the time he showed up to Cannes with a paper bag over his head that read, “I am not famous anymore.” But putting that all into perspective, it sets the stage for LeBeouf’s personal, semi-autobiographical film, Honey Boy. The story follows Otis, a young man who has driven his life into the ground by the means of drugs and alcohol. Now, he must seek help, or risk going to jail. The story, that interchanges from past to present tense, examines how Otis’ traumatic childhood led to his turbulent adulthood. This is LaBeouf’s “rosebud,” if you will. A time-altering link answering the troubling questions from his life. Honey Boy may be his therapeutic release, but it’s a brilliant and heart-breaking film.

Though Honey Boy’s narrative is one of the most gut-wrenching of the year, the cast makes this film sublime. I would still call Noah Jupe a newcomer, because he is still that fresh-faced young man, but he does so well portraying young Otis. Jupe has now solidified himself as an actor to look for in the future.

This young man gave everything into his performance, especially when it came to the extremely emotional scenes between Jupe and LaBeouf, who play father and son in this film. And on the other side of Honey Boy’s timeline is Lucas Hedges, who plays the older Otis, struggling to find the source of his recently diagnosed PTSD. We have yet to see any type of dull performance from Hedges. Year after year, he comes in hitting knockout performances, one after another. However with Honey Boy, it’s LaBeouf –who said he had to understand and sympathize with his father– with the unbelievable transformation. The receding hairline and the gut that hangs over the jeans. Not to mention, LaBeouf’s overall demeanor is powerful. While praise does go to Jupe and Hedges for their portrayal of Otis, it’s LaBeouf’s performance that makes Honey Boy a must-see. Every element of this film is tremendously personal, which is then so well directed by Alma Har’el.

Har’el, whose previous films aren’t necessarily “mainstream,” takes over the reins in Honey Boy and does so with tremendous talent. Har’el’s vision for such a deeply moving story, has you feeling closer to the characters –especially young Otis– as the film progresses. As more women are receiving the opportunity to put on their directing hat, I can say that Har’el has made her breakthrough. No matter which stories she may decide to tell in the future, she’s no longer hidden by the shroud of unfamiliarity.

Honey Boy is a gut-punch of a movie, and to be honest, quite hard to watch. LeBeouf’s story and characters, written in such a place of vulnerability, is handled with such care by Har’el and performed brilliantly by the cast. On that note, with two outstanding performances from LaBeouf in 2019, it’s good to have him back creating such amazing works of art. 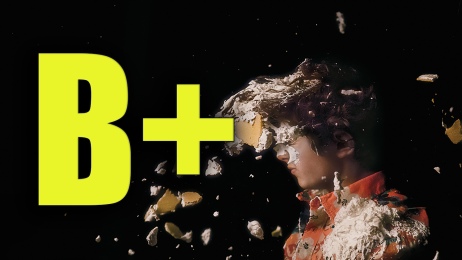