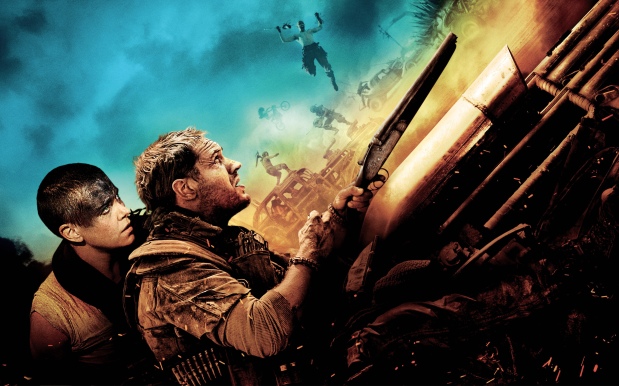 I was wondering how I was going to start this, or how to explain the movie in great detail. I found myself thinking that this film is almost indescribable. Almost. It’s been 30 years since director George Miller’s creation of Max Rockatansky was seen. And since that time, Miller has taken to the “family film” route by directing films such as Babe: Pig in the City and Happy Feet 1&2. But in Mad Max: Fury Road, Miller is back and better than ever. Providing us once again, with the story of violence and vengeance that seems to amaze us so.

Fury Road is not a remake. Miller made that very clear. But even the word reboot makes me cringe with the feeling of what might become of this film. So many reboots before this have turned up and were out of site before we even knew it was showing. The film takes place in a fiery post-apocalyptic Australia. Australia, as well as the world, is now a desert wasteland, run by biker gangs and savages, who seem to be doped up on O negative blood and breast milk, which is here referred to as “mother’s milk.” The people of this dystopian future are dictated by, Immortan Joe (Hugh Keays-Byrne), who regulates the distribution of one of the last sources of clean water. At the beginning of the film, Max Rockatansky (Tom Hardy) is immediately confronted by these villainous people who dowsed themselves in white powder and spray a type of silver paint on their mouths. 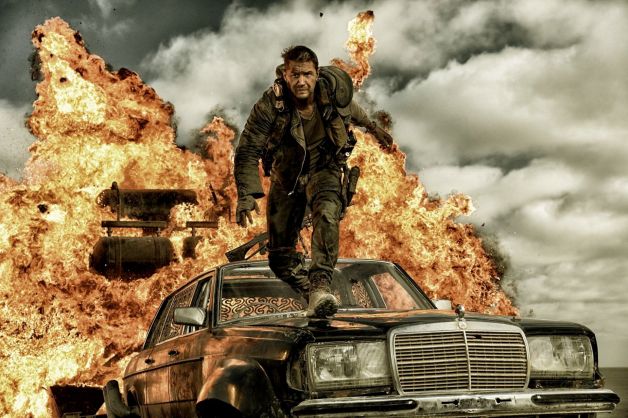 The beginning, I thought, was rather slow. It was more for character development. And since Miller decided against remaking the story he had already told in the three previous films, the beginning was necessary to see where Max, as well as other characters, have ended up so many years later. But the moment Imperator Furiosa (Charlize Theron) arrives, the movie jumps into high gear.  shows that she is a force to be reckoned with. Not at all playing the typical damsel in distress, Furiosa instead takes matters into her own hands as she travels to save a group of handmaids out from under Immortan Joe’s heel. A scene in the movie was rather funny when the group’s ammunition seemed to be running low. As Max fires the sniper rifle, which only had 4 bullets left, towards the enemy, he misses time and again. But when Furiosa steps up to shoot, she immediately blinds the enemy, leaving the group with more time to get away from their impending doom.

In an effort to not spoil the rest of the film, I will leave you with only the information I’ve provided you. I will say that I really didn’t have that “need” to see this movie. Even after hearing the spectacular reviews, I was a little apprehensive to go watch it. Recently I’ve had high hopes for films, but in the end, they turn out to disappoint me. I was extremely surprised at how Mad Max turned out. It’s an action movie on crack. But even with all the action, fiery explosions, and the flame throwing guitar player, you feel for these characters and their circumstance. This is what sets Mad Max apart from other stereotypical action films. I was blown away at how much this film was able to achieve. It hit all the right points in all the right ways. All I can say is, “Welcome back Mr. Miller. We’ve missed you so.”