Every year, during the Fall months, we get the films that will be making the push for Award Season. Most of the films that will come out during that time, with a few exceptions, are mostly dramatic films, which in my opinion are the bread and butter of the cinema world. Now, in this list you’ll hear me say how I don’t want to get my hopes up. It’s just that I have been burned before. If there is a movie that I want to be great, I will refrain from being too excited. Anyway, let’s go ahead and get into my Top 10 Anticipated Films for Fall 2015.

I love it when Michael Keaton plays journalists. Before Keaton decided to become an actor, he went to school for journalism. So it makes me think that he brings a personal characteristic to the person he is portraying. But somewhere along he became Batman, did a few neat movies, and then fell off the grid. Now, Keaton is back and is ready to show us his acting skills. But, I don’t know what to think of Spotlight. In my opinion, Spotlight is taking on a subject matter (Catholic Church sexual abuse scandal) that has been covered numerous times on film, very well in fact. But to add to that, I don’t feel that this film has the cast that can make an audience feel for the characters. I hope this film doesn’t become repetitive, from what we’ve seen in the past in order to achieve a dramatic and emotional level for the audience.

There are many things that are great about this film, but there are many things that are wrong. I can’t be 100% all in. This film has had trouble from the beginning where Leonardo DiCaprio was supposed to star as Steve Jobs and David Fincher was to direct. However, after stripping from the original idea, we were left with Michael Fassbender as Jobs, while Danny Boyle directs. Michael Fassbender, though in my opinion lacks in the overall appearance of Steve Jobs, puts on a terrific performance. Also, I feel like there has been a lack of films with Kate Winslet in them. Then the ones that she does do, do not show off her acting skills. However, after watching the trailer, you get a taste of what both Fassbender and Winslet can do together on screen. The other one aspect of the film that has me excited is the thought of how great Aaron Sorkin’s script will be. Sorkin has never let me down. Especially, with films such as A Few Good Men or The Social Network. Though the first looks at the film are promising, I’m still cautious. I’m eager, just cautious. 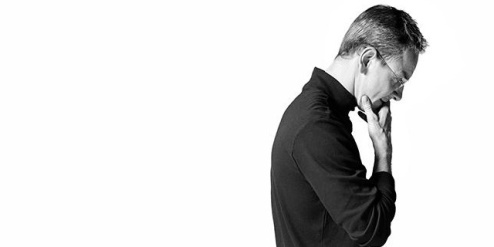 To those who have yet to read Shakespeare’s famous play or see one of the many Macbeth films, such as Roman Polanski’s 1971 version or Akira Kurosawa’s Throne of Blood, I will not spoil the plot for you. In my opinion this is one of, if not the most, terrifying Shakespeare play. After watching the trailer, I just love the visual aesthetic. The film seems to go from a cold gray color, to an envious green, then to red smoke that look as though it is the color of dried blood. If this is how the film is going to be, and the director, Justin Kurzel provides us with an emphasis on the environment as well as the story line, this will be a great film.

There is not much being revealed about this film, which is a great thing. After seeing the trailer, the audience can get a little bit of what this film is about, but without giving away the whole storyline. Actually, if you just watched the trailer and read nothing more about the film before going to see it, then you would go into the film pretty unspoiled. Many people are looking forward to this film, which brings us to the subject of once again asking, “Will Leo finally get his Oscar?” I don’t put too much stock into the Oscars. In fact I believe Leonardo DiCaprio has more than shown how great of an actor he is. But this film can go one of two ways. It can be a success showing off the talents, once again, of director Alejandro Iñárritu, or it can be be the film where so many end up feeling intimidated by the “artistic” like feel of the film. Thus not creating a love, but rather a distaste and confusion for the film. I guess we will have to see. 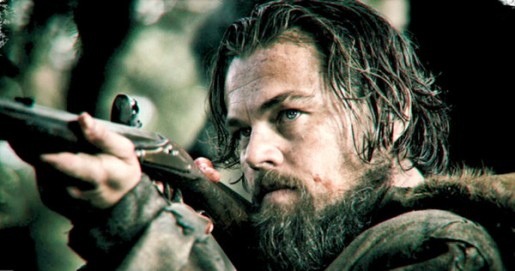 This film is coming out at the ideal time. But through all the accolades and the important subject matter, one must ask if this film will live up to all the hype. To be honest, I haven’t seen a trailer for a movie coming out later this year more than I have seen the trailer for The Danish Girl. The story makes an impact with the actors’ portrayals in their respective roles, which leads me to think both Eddie Redmayne and Alicia Vikander will be beautiful as Lili Elbe and Gerda Wegner. But with the film screened at a few festivals, the critics have been displeased of the overall film, saying, “it’s not as good as I thought it would be.” The story of Lili Elbe transition from a man to a woman is an emotional story. Maybe are expectations are too high for this film. Maybe we have “counted our chickens before they’ve hatched.” However, until I see the film, I won’t make my final judgement, but I do believe this film will do well.

With Steven Spielberg directing, Tom Hanks as the lead, and a Coen Brother’s script, well, this film just oozes greatness. Bridge of Spies has a series of firsts. Such as, it is Spielberg and Hank’s first time working together since The Terminal, and it is Spielberg’s first film since The Color Purple to not have the score composed by John Williams. I believe that we are going back to basics for this film, and it could be a little different than what Spielberg is currently doing. But I absolutely love a Spielberg and Hanks collaboration. They seem to always bring out the best of each other. I know I am going on the basis of what these two have done together in the past. However, their reputation precedes them and I believe this will be a great film.

To be honest I don’t watch a lot of scary movies, but for some reason, there is just something so stunning about Crimson Peak. Directed by Guillermo Del Toro, Crimson Peak has the supernatural vibe like so many of his other films. The last Del Toro horror film I saw was The Orphanage. But after watching the film, it was not so much scary as it was sad. I was not happy when I saw the “official trailer” for crimson peak. I felt that too much of the plot was given away. And considering it looked like a film with twist and turns, I would love to go into this film knowing some, but not knowing the whole outline of the story. Crimson Peak looks to be beautiful, as well as creepy. It may just be the horror film I will make an exception for. 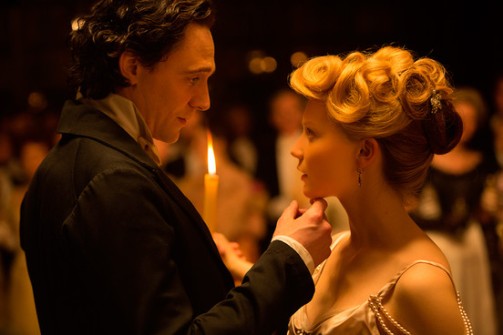 Speaking of reputations preceding them, no other director seems to come with more of a reputation than Quentin Tarrantino. We all know the scandal surrounding The Hateful Eight. How the script was put online, and Tarrantino, in his anger, said the film was no longer going to be made. Well, after months of court hearings and script alterations, we are finally going to get what we wanted. What I like about The Hateful Eight is that it’s another Tarrantino western. I think Tarrantino has become not only comfortable, but confident with this genre. After watching Django Unchained, it just goes to show how great a filmmaker Tarrantino is. But what I love most about this film is it seems to be an “old guys’ movie.” I’m not trying to say that only older guys are going to appreciate this goodness, but more about how it’s all these guys that have worked with Tarrantino in the past, and have now matured into a different class of their own. For example, both Tim Roth and Michael Madsen worked with Tarrantino on Reservoir Dogs, as well as other films, and Samuel L. Jackson worked on basically everything else. The trailer shows that this film will be Tarrantino right to the very core. From the script right down to the film’s setting, The Hateful Eight looks like the great film we have all been waiting for.

This must be heresy! Star Wars is not #1? Nope, Star Wars: The Force Awakens is not #1. I know people might be confused, or even upset, but don’t worry, I’ll give you my reasons. Before I get too excited on this film which will continue this extraordinary saga, I do have to say, I’m a little scared. Back when Star Wars Episode 1: The Phantom Menace came out, people flocked to the theaters in droves looking to see what the prequel would tell us. We even got a movie poster with young Anakin Skywalker walking home, only to see his shadow was that of Darth Vader. How did he turn into Darth Vader? We all wanted to know. But then it came out, and it had characters like Jar Jar Binks. Then Anakin raced around a bunch of spaceships and seemed idiotic. Boy were we critical. I know Star Wars: the Force Awakens is a whole other part of this epic story, but it doesn’t mean that I am any less leery. But for all my uneasiness, I do look forward to this film. I hope it does well and I hope it lives up to our standards.

Andy Weir first wrote this story as a piece for his blog. But when people started to become more and more interested, it expanded to Amazon’s Kindle download for just $0.99. It is now 2015, and we have a film. Not only do we have a film, but it’s a film manned by one of the greatest science fiction directors, Ridley Scott, and is equipped with a magnificent cast. So far this film has been getting high marks after premiering at TIFF last week. People have said it’s “Matt Damon and Ridley Scott’s finest work in years.” Just from watching the trailer, I don’t know how someone could not get chills. Like many of the other films that I have described on this list, I don’t want to get too excited for this film. I absolutely love films about space travel and astronomy, so when a film like this is preparing to be released, with a great story and cast, I can’t help but become incredibly excited.

One thought on “Top 5 Friday: Most Anticipated Films for Fall 2015”