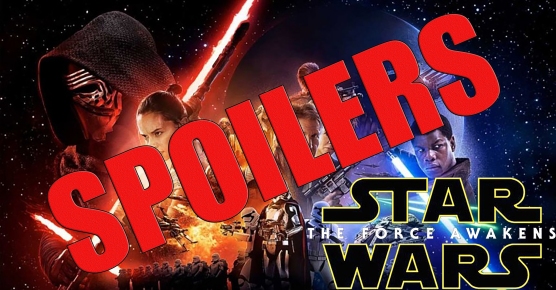 DISCLAIMER: This review is going to be a little different than my other reviews. I’m going to be breaking down the major spoilers that take place throughout the film, Star Wars: The Force Awakens. If you want a Spoiler Free Review, this is not the review you are looking for. For a Spoiler Free review, click here! I had some theories before going into the movie, so I’m going to talk about how my theories compared to the final film. If you continue to read this, you basically know that you are reading the spoilers. YOU’VE BEEN WARNED!

Yes, it’s only for about 30 seconds, and he has no lines. But at least it’s something. I personally wanted Luke to have turned to the dark side. I knew he wasn’t Kylo Ren, but I somehow wanted him to have been seduced by the dark side after Return of the Jedi. I felt that some of Luke’s actions in Return of the Jedi were not very…Jedi of him. So I wouldn’t have been surprised if they had made Luke darker in this film. However, it seems as though for a man who is not in a single shot for the duration of the movie, well, the movie centers around him a lot. I don’t have much to say on this subject, seeing how we really don’t know much about Luke, yet. But by leaving the movie with a cliff hanger such as Rey taking the lightsaber to Luke, it just makes me want to see the next film more.

Now before I went to go see the film, I was texting my brother in law, who collects the Star Wars Black Series figures. He told me, do not look at the new figures before seeing the movie, there’s a big spoiler! After I saw the film, sure enough, it was Rey with the blue lightsaber. I had speculated that she was going to be the one who got into a duel with Kylo Ren. The last set of promotional images that were released, really cemented that theory for me. The images didn’t just show Finn and Kylo Ren, they now included Rey. I love the fact that they made her character a Jedi. I wish, in the original trilogy, that Princess Leia could have used the force in order to fight against the Galactic Empire. But I felt like they never really embraced Leia’s ability until it was too late. So it’s good to have a female who can kick butt from the Jedi standpoint. The question now is, how did Rey get the force? There always seems to be an importance of bloodlines in order to have the force. My theory, as I’m sure is everyone else’s theory, is that she’s related to Luke Skywalker. During the scene where Rey has a vision, we see where her family left her on the planet Jakku, but we never see who they are. Maybe in her training with Luke Skywalker, we’ll find out more about Rey’s lineage.

SPOILER #3: THE FIRST ORDER, CAPTAIN PHASMA, AND EVERYTHING ON THE DARK SIDE

To be honest I didn’t really like the new “Empire” or The First Order. Apparently having come into power after the disappearance of Luke Skywalker, they seemed disorganized. To put it lightly. I know this might upset some people, but it’s what I truly think. I felt as though The First Order is a new business that says they can do much better than the competition. However, their competitor’s interns are able to bring down this new business. I never feared the The First Order. They constantly lived in the shadow of The Galactic Empire and never could get their act together. The one thing they had going for them was their Star Killer machine. But they couldn’t even get that to work properly. I mean, does it need 72 hours to power up? Another thing was Captain Phasma. I was really disappointed at how little they used her. Then she meets her end by going down a garbage shoot? There are speculations that she really isn’t dead. That she’ll be back for the next one. But I still wished they would have used her a little more. I’m on the fence about Snoke. The more I read about him, and what character he might actually be, the more interesting he becomes. I’m not making a final judgment on him, because we don’t know much, yet. I did like Star Killer Base. It had an ominous look to it. Yes, it was very similar to the Death Star, but I felt like it had an environment all its own. This cold, haunting environment.  It was similar to the Death Star, but obviously different. 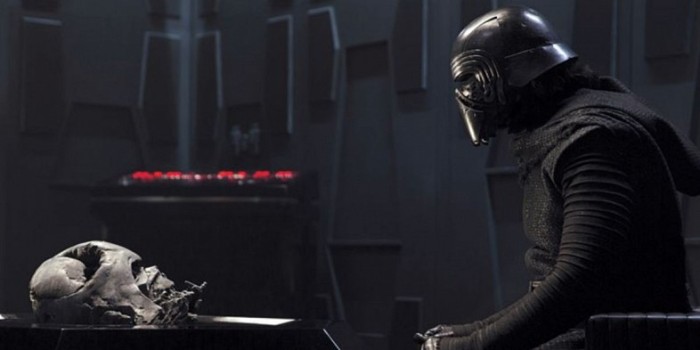 Yes, the son of Leia and Han. Because of Kylo Ren’s constant emotional conflict, he became my least favorite character. Now before you start getting angry, let me tell you why. People say that they got to know Kylo Ren more because of the emotional conflict and because Ren would take his helmet off and you would see his face. But I felt that, much like the whole First Order, he was living in a shadow. Kylo Ren was constantly trying to impress, not only The First Order or Snoke, but his diseased grandfather. To which he took an unhealthy obsession to. I know that Kylo Ren was untrained, but to me he felt cowardly. If he knew that Rey had just read the thoughts in his head, why would he leave her alone with a weak stormtrooper? Also, Rey wasn’t properly trained (at all!) in the art of the Jedi. However, she was able to overtake Kylo Ren after having a “Jedi moment” on the cliff. But it is when Kylo Ren kills Han Solo that I couldn’t help think, not how evil he was, but the fact he was always trying to prove something to someone. And by killing his own father, he would prove to HIMSELF that he truly belonged to the dark side.

I knew this was coming. Not because it was told to me, but because you can just tell throughout the film. This is like Han’s big goodbye to all of the Star Wars characters. My theory of Han’s death was pretty much a sure thing when Han went up to say goodbye to Leia, before going on the mission to Star Killer Base. When Leia says, “I always hated to see you go.” Han’s response was something along the lines of yes, but it was always great coming home. The two of them embraced, but it was as if they were truly saying goodbye. I know some of us are sad about Han’s passing, but to be honest, you could tell Harrison Ford had some trouble with the stunts. I mean, the man broke some bones during filming. It was time for him to hang up his blaster and say goodbye to the Millennium Falcon for good.

Anyway, so that’s my Spoiler Review for Star Wars: A Force Awakens! I hope I wasn’t too critical about some characters or situations, but I hope, all in all, this was a fun read.

One thought on “SPOILER REVIEW: Star Wars: A Force Awakens”