“We are alone. No matter what they tell you, we women are always alone.”

Set during Mexico’s political turmoil during 1970 and 1971, Roma tells the story of Cleo, a young woman who’s the maid for a well to do family. But when the lives of the household, including Cleo’s, begin to crumble around them, they must learn to find strength in each other to find the light at the end of these tragedies. Writer and director Alfonso Cuarón brings this very personal story to life after years of planning. Based on Cuarón’s childhood in Mexico, Roma is a truly stunning final product of his hard work.

Roma is an exquisite painting with every shot. Cuarón, who usually works with cinematographer Emmanuel Lubezki, became his own cinematographer after scheduling conflicts prevented Lubezki to once again work with him. But I will say that Cuarón, who has exemplified incredible filmmaking over the years, once again is able to step into these shoes without hesitation. It does nothing to keep talking about how beautiful this film is, unless you actually witness it with your eyes. It’s one thing to have a beautiful movie, but how many times have we seen a visually breathtaking film, but the story is so lackluster that the film absolutely falls apart? 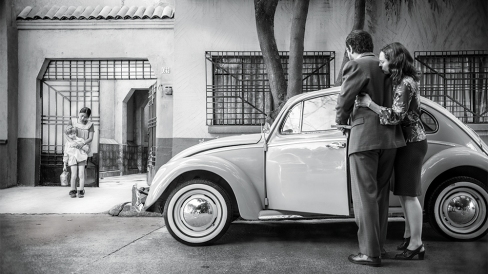 Well, that’s not what happens here with Roma. This film is a perfect little package all rolled up into one.

It’s not often that you find a movie with a high profile director that doesn’t have at least one star. However, Yalitza Aparicio who plays our main character, Cleo, does a stunning job at portraying this woman. Cleo begins the story rather timid as she doesn’t have much of a position in this world. But when Cleo finds out that she’s pregnant, it’s no longer just her, but her and her baby. When the husband and wife of the house are in the middle of a marital strain, Sra. Sofía, played by Marina de Tavira, must now be the sole parental figure for her children. Roma is a female centered movie with the ladies of the film having moments that force them to not only keep themselves together, but also the lives of those around them. It’s beautiful the way Cuarón paints these women onscreen. They have, what I would call, their Steel Magnolias’ moments. These beautiful women are forced to be strong, when everything that goes on around them, begins to turn tragic.

A film like Roma only comes out every once in a while. To be completely enveloped by the story, while being simultaneously moved by the story’s heroine. The story at the center of Roma will touch you to your very core. Even if you’re a rather hard one like myself, you may find yourself wiping a tear away from your eye. Roma is an incredible movie through and through, that exhibits true filmmaking at its absolute finest.

Written and Directed by: Alfonso Cuarón 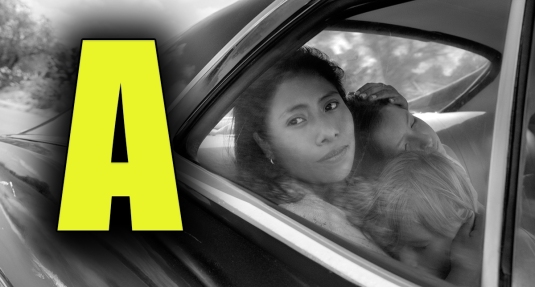