“Little Reviews” is my newest way of reviewing movies, which in the end won’t actually be a formal way of reviewing. In order to make sure that I can review almost every movie currently at my disposal, I want to group them and put together a few thoughts on each film. So here is my first batch of “Little Reviews.” I though the name was quite fitting, right?

Leave No Trace tells the story of Will and Tom, a father and daughter who live in a park in Portland, Oregon. When the two are forced to give up what they believe is their ideal living situation, they must now acclimate to their new lifestyles. Writer and director Debra Granik, brings about inspiration from her previous works (Winters Bone), and creates an amazing cinematic story. With excellent storytelling and beautiful cinematography, Leave No Trace is a must-see film of 2018, and one of the year’s best.

Ben Foster who plays Will, rivals his performance in Hell or High Water as one of the greatest of his career. I will continue to love seeing Foster portray real people with such grit and honesty. The character of Will has so many layers to himself and so many inner demons that he can’t seem to shake.

No matter how hard he tries. We’ve seen the tortured ex-military soul in more movies than I can count. But Leave No Trace creates a character that copes with his torment in ways that haven’t been displayed on film, and Foster does a wonderful job of fully displaying those characteristics. More importantly Foster’s costar, Thomasin McKenzie, will bring about some incredible works in the future. In a time when so many young adults are the main stars, McKenzie takes the reigns of this film and gives one of the best performances of 2018.

Leave No Trace is a beautiful story that is slow, but worth waiting for. The ending of the film was a little open ended, and I wanted a little more to happen. But nonetheless, this film is the sleeper drama that should have received more accolades than it was recognized for.

The Tale is a gut-wrenching, true story that centers on Jennifer Fox, a documentarian who’s looking into her past teenage romance relationship with an older man. I say teenage, but I may be using the term too liberally. As Jennifer finds out more information about her past, she realizes how much she was taken advantage of at the hands of two people she looked up to most.

No matter how beautifully The Tale is told, it is a film that you will only watch once. The subject matter that is told is something that I could barely stand to watch. Watching Jen’s true story unfold before us, made me feel nauseas. Laura Dern, who plays Jennifer, is completely vulnerable, but not someone who I would call a “victim,” as Jen tells her fiancé point blank.

Her bravery as she confronts her past is something that is truly fascinating. Writer and director Jennifer Fox, whose stories are put into this film, does well at blending a more narrative form of storytelling, with the more documentary style that she is used to. The Tale, and more so Fox, does a breathtaking job at telling her story.

In our current social climate, a piece like this speaks volumes. But as I said earlier, The Tale is not a movie that I would ever watch again. More importantly, it’s definitely not a movie for everyone. But with that being said, The Tale is so well done with varying styles between a narrative and documentary type film, as the ending is heart-pounding with everything resting on a single moment. Leaving us to wait patiently, as our main character slowly drifts off into the unknown future.

Based on the books by David and Nic Sheff, Beautiful Boy tells the true story of this father and son as they deal with Nic’s longtime drug addiction, which begins to escalate in Nic’s adult years. When David looks to get Nic some help, he agrees, only to constantly fall back into a state of relapse. Pushed to the limits, David must put his life on hold, and help Nic before it’s too late.

I expected this film to be a little lukewarm and not exactly the piece of drama that we’d hope for. And to be honest, every criticism of this film is correct. It’s hard to fully judge a piece of non-fiction, but in the end Beautiful Boy didn’t live up to its initial appeal. It builds up to moments of heart-wrenching intensity, but never really follows through.

And by doing this, the film can be a bit clunky, and at times stale, in its overall narrative. But in the long run, the performances were decent, led mostly by the incredible talents of Timothée Chalamet. It’s also great to see Steve Carell play a more dramatic character. But in the end, Beautiful Boy falls victim to the cliché of over dramatized storylines and some awkward character sequences. More so the scenes when the actors just didn’t fit the characters they were playing.

Beautiful Boy isn’t a bad movie by any definition. However, its overall adequacy doesn’t make up for the “it’s been done before” story. There’s so much more that this film could have been, but all in all it just missed the mark. 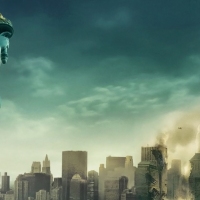 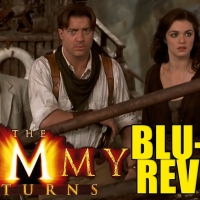