“Bitch, please! You’ve been to space.”

Spider-Man: Far from Home brings back our friendly neighborhood hero for another adventure. This time Peter Parker, along with his fellow classmates, embark on a vacation to Europe. But as soon as Peter arrives to his much needed vacation, he must put on his suit to fight the Elementals that threaten the world. Far from Home is what Marvel is calling the “official” end to Phase 3 of the Marvel Universe. Therefore, wrapping up the leaving of both Iron Man, Captain America, and Black Widow. And as much as I would like to nit-pick on a sequel, Far from Home is one of the most enjoyable Marvel films to date.

In Far from Home, Peter, a protégé of Tony Stark, looks to take on a leadership role with the Avengers. However, Peter still wants to have that teenage experience with his best friend, and the girl that he has a crush on. But to Peter’s dismay, he is called upon by Shield to help fight alongside Mysterio against the Elementals. This film goes on to nicely wrap up the Marvel’s Phase 3 – after leaving us with the emotional conclusion of Endgame. The film’s story is typical with Spider-Man hitting those themes of being a typical teenager, but also having a responsibility to do good in this world. It may not be breaking barriers as far as pushing the envelope with its storyline or plot, but it works in its own Marvel way. It’s hard for me to find fault with this film. Everything comes together in Far from Home, including the talented cast.

Tom Holland, this era’s Spider-Man, proves himself as the wisest choice to take on this web-slinging hero. Holland has managed, both in Far from Home and Homecoming, as well as the other Avengers films, to set himself apart from prior Spider-Man actors, while still embracing what we love about Peter Parker. Holland, I must say, is starting to become a favorite Spider-Man. 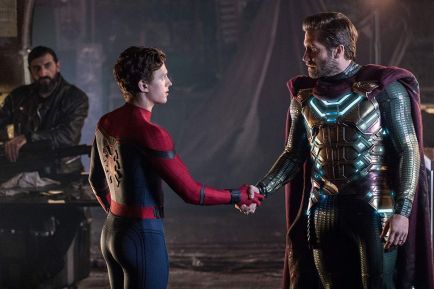 However, I pump the brakes in saying that, because Spider-Man 2 remains my favorite Spider-Man film. Zendaya, who’s acting proves leaps and bounds better since her time on the Disney Channel, goes back to the sarcastic and dry-humored MJ. There’s something so real about her that, though she may come off as a little blunt or strange, she’s still someone that you could easily befriend. But more importantly, Jake Gyllenhaal makes his first appearance in the Marvel Universe as Quentin Beck, or most notably, Mysterio. A human from planet earth, but the planet earth in another dimension. Pay attention, because Beck’s origin story is a little complicated, to say the least. Gyllenhaal brings his, as always, beautiful dramatic acting, with little bits of chaos and humor mixed in.

I don’t have many negative things to say about this movie. Sure, some of the school trip scenes were a little dry, and the humor could come off as a little eye-rolling. However, I honestly enjoyed every minute of Far from Home. I’d like to see the direction that the Marvel Universe aims to take in its following films, but Far from Home is definitely another great jumping off point. Not to mention, the post-credit scenes — yes, as in plural scenes — leave you with a HUGE cliff-hanger. Though Spider-Man: Far from Home doesn’t beat Spider-Man 2 as the best Spidey sequel, Far from Home is still a sequel Marvel can be proud of. 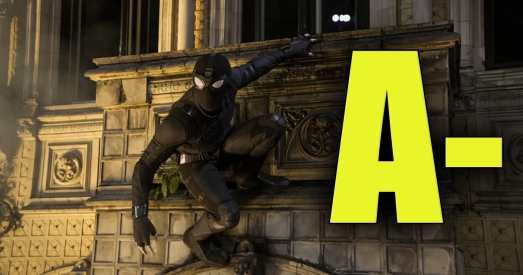