“Is my son being accused of a crime here?”

Luce, based on the play by J.C. Lee, tells the story of Luce Edgar, a scholarly boy that completed a paper based on questionable ideals for his history teacher, Ms. Wilson. Not soon after does the paper sets off a firestorm that brings about accusations and suspicious activity, only to be linked to Luce’s early childhood in a war torn country. With incredible performances from every actor, this psychological thriller makes for one of the best films of 2019.

When you look at racial stereotypes, the ones you usually think about are most likely one race against another race. But what Luce does so well is bring to light racial class stereotypes. Class isn’t something new, but a subject that is not as talked about. How a person is believed to be more accepted, because maybe they’re from an affluent neighborhood, or even a good middle-class family. With this film, you never know what to believe as Luce is put in this position of defending himself against one person after another. Right from the get go, Luce grabs ahold of you, and really never let’s go. The acting has a lot to do with why the film is what it is. Naomi Watts and Tim Roth excel at playing the adoptive parents of this young man. Not to mention, their inner turmoil at whether to believe their son, or to believe this teacher. Kelvin Harrison Jr… what can I possibly say about him? Harrison, not really a newcomer to the acting game, fully becomes Luce. His portrayal of smiles and sympathetic nature must be on display while he keeps his composure in a situation that continues to unravel. But the one performance you take note of is, hands down, Octavia Spencer. 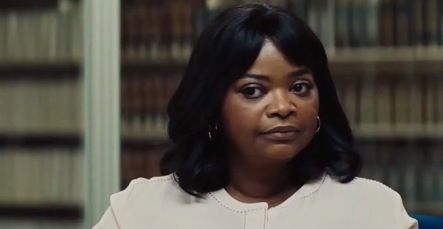 Wow! Her performance as Ms. Wilson is, to put simply, incredible. Spencer has shined in previous films, but her performance in this film ranks at the top for me. She has so many scenes where her acting is so believable that your eyes remained fixed on the screen as you try to figure out who the immoral character is.

But besides the acting, everything came together for Luce. It’s hard to believe that director Julius Onah, who’s last film was The Cloverfield Paradox, would make Luce as his next film. A beautiful story that is also beautifully directed. Luce keeps you questioning all the way to the very end, and more. Making you question your personal morals, while creating a dialogue with others who have seen the film. Personally, I believe it may take several watches of this film to fully examine the motives of each character.

Luce is, without a doubt, one of the year’s best films. It’s soul crushing, with recent reports saying that this film may not last long in the theaters. We beg and plead for original films such as these. And in the mix of sequels, prequels, remakes, and God knows what else, we should all try to catch Luce while it remains in theaters. This is an impactful film that goes hand and hand with several current problems that the world faces each day. Luce does a unique thing by, from minute one, gluing you to your seat, and having you forget that you’re just watching a movie.