IT Chapter Two is the much anticipated sequel to the famous Stephen King novel and brings the Losers back to Derry, as adults, after numerous killings have started to occur in the small town. But they’re journey is fused with their childhood fears that continue to plague them in adulthood. IT Chapter Two was on my, and I’m sure so many others, most anticipated list for Fall 2019. But after finally watching the film, I can’t help but feel incredibly disappointed with the final product.

It’s hard enough to try and make a decent sequel after the first film’s success. But like so many sequels that have come and gone, IT Chapter Two falls victim to the “lackluster sequel” disease. But even though the majority of the film was a disappointing, the performances from these actors are a huge part of what makes IT Chapter Two halfway decent. James McAvoy who plays Bill and Jessica Chastain who plays Bev lead this group of misfits. Everything is centered around these two characters, and boy do they execute it with great talent. But each Loser has a part to play, though some have less of a part than others. However, even the lesser parts were great performances. Though McAvoy and Chastain excel in their performances, it’s Bill Hader, who plays Richie, that really stands out among the others. Hader, an alumni of Saturday Night Live, uses his comedic lines and sarcastic wit to break up the horror and emotionally heavy sequences.

I know there has been some issues with Pennywise losing a lot of his creepiness, but I never really saw a problem. In fact, the more we see Pennywise, especially during the day, conveyed the point that your fears don’t just grab you in the quiet, dark places. The more we see Pennywise, the more it truly adds to the horror in the film. However, not all the great performances in the world could save this film from being strictly mediocre.

Where IT Chapter Two goes wrong is in several areas. The story is a complete mess. I was never a fan of the adult half of IT, but to be honest, I enjoyed the miniseries’ interpretation of the later years, better. The scares are few and far between, with the majority of the scares being nothing more than jump scares. Once you get over the initial shock, the creatures are not scary at all. I only wonder how this was approved for final cut when the monsters onscreen looked like they were created with technology from 15 years ago. The lack of precision with the effects is so bad, it’s a huge reason as to why the film is disappointing.

For those of you who remember, Cary Fukunaga was set to direct these film with Will Poulter starring as Pennywise. And although Fukunaga garnered a writing credit on the first film, there’s still a piece of me who longs for what he could have done for this film. But director Andy Muschietti was not a bad second choice. IT Chapter Two doesn’t totally fail, nor is it even a bad film. It just didn’t deliver on its promises to have more scares than the first, which is what almost every sequel fails to do. But no matter where you lie in the debate of whether IT Chapter Two was good, let’s all agree that this is the best place to end the story of Pennywise. No matter what the rumors of a prequel say. 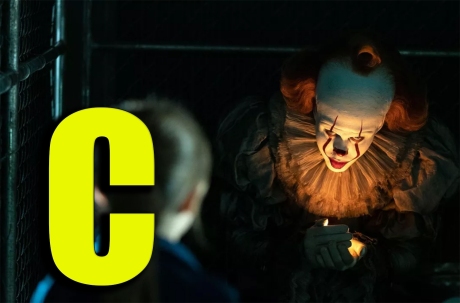