“We’re a family now. A family with money!”

Based on a New York Magazine article by Jessica Pressler, Hustlers tells the story about a group of strippers, who after the 2008 stock market crash, lose a significant amount of clientele and devise a plan to drug Wall Street men, take advantage of their state, and acquire thousands of dollars from each man’s bank account. But once the con proves too risky, their lives begin to crumble. Hustlers debuted this past week at the Toronto International Film Festival (TIFF) to glowing reviews. But will this movie live up to all the excitement?

Hustlers is an entertaining story. Jennifer Lopez, who plays the ring leader of the whole operation, Ramona, puts on a terrific performance, and probably the best of her career. Although, I am a little biased towards Selena. Lopez has been hit and miss with her acting choices as of late, but she more than makes up for it here. Not to mention, there has been a lot of buzz about a possible Oscar nomination for Lopez, and though I believe she may garner some love from the Golden Globes, I don’t see her performance as Oscar worthy. As for the rest of the cast, their performances are great, with the best coming from Constance Wu as Destiny. Don’t let Wu’s performance go unnoticed next to Lopez. Wu is outstanding! Each woman’s story is humanized in such a way that your heart goes out to them as they deal with their situation, and why they decide to pull off this “hustle”.

The beginning of the film takes ahold of you immediately, and shows more of the initial operation with Ramona taking the reigns as she becomes mentor to Destiny. The film is beautifully shot with Lorene Scafaria coming out of left field. Remember this moment, because Scafaria’s directing is sure to take her far.

As much as I did enjoy Hustlers, there were some problems. For instance, the story kept leading up to these important moments, and then all of a sudden, these important scenes felt rushed. In addition, the second half of the film felt as though you were on a merry-go-round. It kept playing the same story over and over again, that didn’t really lead to anything new. These women go into a bar, drug the man, and then take his money. I, personally, would have liked to see more of Lopez’s Al Capone like personality, or even the backend dealings, but we’ll leave it at that. There’s a part at the end, between Wu and Lopez, that is just so beautifully acted. Though Lopez may be the standout of the ladies, it is really Wu’s story to succeed or fail. But both ladies are the heart of this film. There’s no denying that.

No matter the small problems in the film, Hustlers is still an entertaining movie and one that should be seen as soon as possible. From the directing to the acting, this movie is a visual experience that will be sure to have you feeling hyped up, and ready to take on the world, by the end. 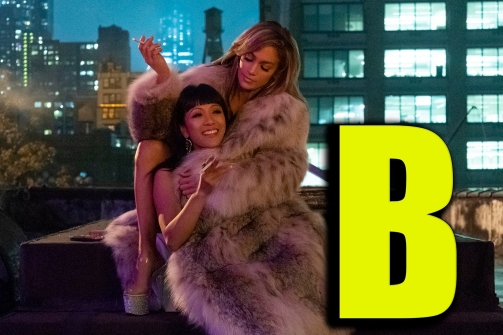