“Think of this as fairytale that actually happened.”

The Laundromat tells several stories, narrated by two extravagant looking men, following the aftermath of a boating accident and those who were directly affected. But after finding out the insurance company –not only– wasn’t covering the boat, but also run by a company who scammed thousands of people out of their hard earned cash. Thus, revealing the ins and outs of the Mossack Fonseca Scandal. The Laundromat aims to tell a serious story, with humor thrown in for good measure, but ends up collapsing on all sides, producing a film with absolutely no redeeming qualities.

It’s hard to say that one could ever be disappointed in a movie with talented heavy-weights such as Meryl Streep, Gary Oldman, and Antonio Banderas. But sadly, that is the ultimate takeaway from watching The Laundromat. You can see the type of genre director Steven Soderbergh wants to tell. In essence, he wants a Big Short type of movie, with the sprinklings of HBO’s Succession thrown in. However, Soderbergh’s concept doesn’t have the legs to go the distance. Instead, the film is an absolute bore. Streep, though you feel sorry for her character, often times comes across as annoying and hard to root for. She is the one that proceeds to uncover the dealings within the Mossack Fonseca Scandal, but never really gets the satisfaction she deserves. 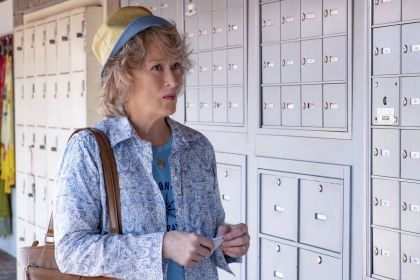 As for Oldman and Banderas’ characters, or the comic relief of the film, they don’t have the lines, or direction, to really make these two corrupt lawyers achieve their purpose within the film’s storytelling aspect. It’s as though their just shoved in, breaking the 4th wall, with no real funny quips for the audience. For actors with such unbelievable résumés such as these, The Laundromat does a disservice to them by never bringing out the qualities that we love about these great talents.

However, it’s the storytelling that really takes The Laundromat down. The material needed something to make these characters “pop.” The comedy was absent, and the important information on the corruption of wealthy businesses becomes so tedious that it’s easy for one to turn the film off. The Laundromat is a struggle to get through because of it.  You might as well just turn the channel to a business network, and get headlines from there, instead of wasting your time watching this movie.

The Laundromat, no matter the plethora of talent behind it, is incredibly disappointing. From the moment the film starts, it’s a never-ending plummet until the end. So much so, the normal, everyday, person will find it hard to enjoy this one. Best to leave The Laundromat alone, because if you’re in the mood to watch a financial/comedy film, I’d stick to watching The Big Short instead.