“I’ve always believed that our ears lead our eyes to where the story is.”

In Francis Ford Coppola’s 1972 classic, The Godfather, Michael Corleone sits in an Italian restaurant confronted by two men who equally want to destroy his family. Michael sits there knowing that his next move will destroy his chance to take the straight and narrow path, and to lead a life through an honest profession. There’s no dialogue, only the sound of a screeching train, derailing off its tracks. In this very moment, Michael’s life will change forever. When I think about the use of sound in film, I always think about this moment. It’s scenes like this that illustrate how sound can have a profound effect on a viewer, and what emotions the film wants to convey. In Making Waves: The Art of Cinematic Sound, this new documentary shows us the magic behind the world of sound editing.

Midge Costin, whose works in sound have included Armageddon, Con Air, and my personal favorite, Swing Kids, takes on the directing duties in Making Waves, for what I can only believe is a way for her to profess her undying love and appreciation for the art form. That passion she has is contagious from the opening scene.

This brilliant and informative documentary takes you from the beginning of sound in film, most importantly, the explosion of cinema’s first “talkie,” The Jazz Singer, all the way up to the use of sound in modern day classics such as The Matrix or Saving Private Ryan. With interviews from sound editors to established directors, Making Waves breaks down each department, or should I say the symphony of sound, that cohesively works together to make a cinematic masterpiece. Sound is an element in film that’s often overshadowed by cinematography or editing. Yet, we expect our films to be saturated in its beauty. Making Waves shows us how significant sound is, not only to the story, but to the character’s emotions, and in establishing the overall atmosphere. Even something as simple as the sound of the wind can be used to show the characters’ deep emotions, and their ongoing inner turmoil.

You will never experience films the same way after watching Making Waves. The Matrix, Star Wars, Apocalypse Now, and other classics, are all given an in-depth look at the use of sound behind their movies. A superb piece of documentary filmmaking that will create future sound editors out of young people who have yet to understand the greatness of sound in film. Making Waves is an audiophile’s dream, and the only documentary you will want to watch in surround sound. 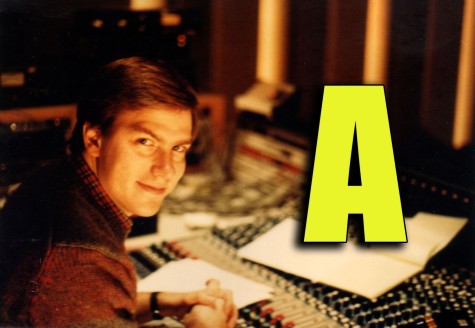