“You know what kind of plan never fails? No plan. No plan at all. You know why? Because life cannot be planned. Look around you… There’s no need for a plan. You can’t go wrong with no plans. We don’t need to make a plan for anything. It doesn’t matter what will happen next. Even if the country gets destroyed or sold out, nobody cares. Got it?”

Parasite tells the story of an unemployed family (the Kims) whose luck changes when the son gets recommended, by a friend, to be an English tutor for a wealthy family’s (the Parks) daughter. Believing that the son can get his whole family jobs with the Parks, one by one the Kims sabotage the Parks’ employees, and soon earn those positions or themselves. However, though everything may be great for a short time, one horrible incident may lead to the downfall of everyone involved. Director Bong Joon Ho releases a film for those of us who scream from the mountaintops wanting something that is both gripping and original. Taking inspiration from both Alfred Hitchcock, and French director Henri-Georges Clouzot, Joon-Ho delivers a film so thrilling, it can clearly define itself as a modern masterpiece.

The Kims’ motives are so intrinsically woven throughout the film, but rapidly unravel in the film’s third act. From moment to moment, scene to scene, Parasite grips you and refuses to let go. There, you sit, as the scenes overtake you, causing panic and anxiety to the many audience members that sit on the edge of their seats. Parasite is sheer perfection, served upon a silver platter for the audience. Not only does the film have brilliant dialogue, which makes for some nail-biting scenes between the characters, it’s absolutely beautiful.

I thought Parasite’s cinematographer, Kyung-pyo Hong, couldn’t get any better than his work in 2018s, Burning. But in Parasite, Hong puts on a clinic. The way he lights every character, and the environment, makes you feel as though you are part of the story, enveloped by the atmosphere. The film’s aesthetic is so realistic, it makes the unspeakable scenes even that more disturbing.

In fact, let’s just say everyone involved in Parasite, puts on a clinic of sorts. This is a damn near perfect film. The actors, who are rather unknown to us American folk, and maybe most of the world, make a genuine impact. The performances, to put it rather simply, are incredible, and rather unforgettable. However, it’s the young mischievous Kim siblings that take the cake. In an effort to not spoil the overall premise, let’s just say the siblings’ conniving and manipulating personas really add that delicious intrigue. And if I’m to be quite honest, some entertaining humor.

The balance of every element in Parasite is, well, perfect. Bong is able to create such a vivid and indescribable film for us to salivate over even after we walk out of the theater. Words fail me as I try to describe how brilliant Parasite is. And though I may continue speaking about it to you, and others,  I can’t even begin to do its perfection justice. I know it may be too soon to say such a thing, but Parasite may be the best film of the year. 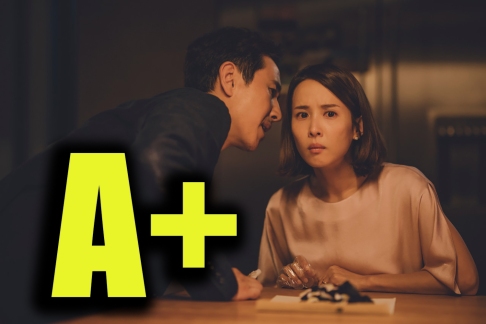