“There is only one tense. There is no future. Past and present are the same thing.”

The story of Diana, Princess of Wales, is known the world over. A charismatic woman who used her position within the Royal Family to help those who were less fortunate—to give voice to the voiceless. But her marriage, and the institution she married into, made her life rather difficult. The press ran with scandal after scandal, and disregarded her pleads for privacy. While she reached out to help others, it was she who needed someone to hear her cries for help. Pablo Larraín’s, Spencer, I had hoped, would carefully examine Diana’s situation by exhibiting her melancholy within the chilling walls of the stone castle. However, that hope was soon extinguished.

Spencer, with tragedy woven into every scene, begins as the Royal Family descends on their Sandringham Estate for their traditional Christmas Holiday. Diana (Kristen Stewart), who is traveling alone, seems preoccupied, unable to will herself to go. She’s surrounded by the hills that embraced her during her childhood, but now can no longer remember intricate places. She’s so far separated from her past life—it feels like another world. Once she arrives at the estate, so begins the nightmarish stay that she must endure. The constant feeling of being watched lingers around every corner as a sign in the kitchen creepily reads, “Quiet. They Can Hear You.” The Royal Family surrounds her, and when they’re not in her immediate presence, the staff, more importantly Major Alistar Gregory (Timothy Spall), will quickly report her malfeasance. It’s a prison, and Diana is struggling to breathe, hoping for a way out.

I fell in love with Larraín’s style of filmmaking after the release of 2017’s, Jackie. A similar piece next to Spencer, Jackie is a portrait of Jackie Kennedy following the assassination of her husband, President John F. Kennedy. While the depiction in the film is, at times, of an unkept Jackie, an image not visible for public consumption, Larraín brilliantly illustrates her simultaneously fighting overwhelming grief, while still being a beacon of strength for the country. His direction within Spencer is similar and nothing short of breathtaking as he, along with cinematographer Claire Mathon (Portrait of a Lady on Fire) create a fantasy like world—one that is not our own. It’s absolutely stunning to watch. But I compare Larraín’s two films about these strong women, wives of high ranking political figures, to show one glaring difference between the two. That while the telling of one’s story will often bring out the unflattering moments, a biopic can still be respectfully done.

Beyond Larraín’s beautiful work behind the camera, Spencer is a disrespectful look at the life of Diana. While all biopics take a poetic license with the material, Steven Knight’s screenplay goes overboard. The lines blur between drama and horror as we are shown this woman in a manic state, seeing people that just aren’t there, and talking to a jacket she pretends is her father. Diana is diluted down to a gossip column tabloid story—a mad woman who snaps in and out of reality.

The problem is not that Spencer highlights her sadness and isolation, Diana herself admitted to having mental health issues mixed with her ongoing bulimia. What I find hard to believe is the hysteria that’s elaborated in such a capacity that it overshadows everything. When she sees ghosts and talks to mysterious figures, it’s like Larraín and Knight threw in everything but the kitchen sink to make this film drown in melodrama. They make the poor woman look as though she has a small form of schizophrenia. And with that, for those who don’t know Diana’s qualities and the magnitude of what she was able to do in her short life, this is their image of her. Thus, disregarding her most magnanimous qualities.

When your image of Diana isn’t sullied enough, there’s still the narrative, or crumbs of what should be a narrative. There’s no real climax or resolution, and hardly any meaningful interaction between Diana and anyone else. It’s just her, stuck in her own mind, as she begins to unravel. Kristen Stewart may offer the best performance of her career, but everything surrounding it, collapses. To be honest, as much as I’d like to say I enjoyed Stewart’s portrayal, it felt as though she never fully enveloped Diana. And with that, it’s a simple impersonation, a caricature. I only saw Stewart. I never saw Diana.

One could say the people’s love for Diana has never wavered, but this resurgence in recent years has brought her story to newer generations. If you are one of those people who saw Diana truly as the “People’s Princess,” you will find no comfort here. While in the hands of Larraín, a director who has shown his artistry with many films, this was an opportunity squandered. This could’ve been a great film, displaying the life of the Princess of Wales, both the good and bad. But here I am, watching a great director and actress create a condescending portrayal of a real-life woman. It’s like eating delicious food, cooked by an amazing chef, only to have it sour in your mouth. 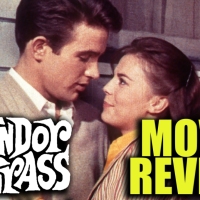