“Just be who you are, Selena.”

All Disney princesses get their fairytale ending. But before those princesses can receive this glorious ending, they usually have to go through hell to get there. In the process of Selena Gomez’s claim to fame, her time in the spotlight has been less than ideal. While on the front pages of magazines, or red carpets, her life would seems put together, but inside she was falling apart. Selena gives director Alek Keshishian, most known for his Madonna documentary Truth or Dare, an unfiltered look at her struggles with mental health in My Mind & Me.

Whether you’re a musician, or celebrity, documentaries are all the rage right now, but they often do it more for themselves—a highlight of their career. It’s different with Selena. We open with her looking much younger. I don’t mean this in a condescending way, but only to showcase how young she was when she started in this industry, thus propelling her in to musical stardom with her own headlining arena tour as the documentary begins in 2016. The Revival Tour. The lavish costume changes, the dance moves, and the singing, were all grueling on the singer. But this should be exciting, a dream come true. The tour hasn’t even begun, but her thoughts betray her—telling her that she isn’t good enough, or that her vocals sound horrible. Selena breaks down to her friends and tour crew as the feeling is almost too much for her to bear. She puts on a brave face and begins the tour, but her mental state weighs heavy. The Revival Tour was cancelled after 55 performances citing Selena’s anxiety and depression.

We fast-forward to 2019 and see that Selena still battles with her inner demons. However, now she reveals to the viewer that during this documentary hiatus, she’s been diagnosed with bipolar disorder. She’s refusing to let this define her and believes that if she’s going to live the life that she’s been dealt, it’s because she’s meant to be here for doing good in this world. My Mind & Me takes the singer back to her days growing up in Grand Prairie, Texas. We see how simple Selena’s life was growing up with a single Mom. While it wasn’t the easiest, there’s a sense of calmness and excitement that Selena gets from surrounding herself with the people and personal monuments of her past. Maybe nostalgia is just a powerful thing.

Once Selena is back to work, the overbearing sense of reality is back. Her performance on the American Music Awards, as well as the promotion of her new album, wreak havoc on her. Her guard goes back up. But once she is back out again doing what she loves most—philanthropy—her walls begin to crumble as she meets a young girl in a school that Selena helped fund in Africa, who tells Selena about how resilient humans can be. To just have a little bit of faith that it will get better.

My Mind & Me takes you on a rollercoaster of emotions. The crowning achievement that makes it so special is Selena’s ability to give herself over to her audience. Through her journey, as she allows herself to come face to face with her demons, we are also walking with her—step by step. It never feels bloated or overly emotional. It’s just Selena, with no filter to smooth out the ugly parts of her life. The documentary doesn’t romanticize the idea of anxiety or depression. It clearly shows that it will forever be a struggle every day. Selena’s goal of helping those who may be dealing with mental health is surely achieved. Whether you’re a starstruck fan of hers, or dealing with struggles of your own, My Mind & Me is a must-see.

Selena: My Mind & Me

“It’s a whodunit. You’ve seen one, you’ve seen ’em all!” In my opinion, nothing truly hits better than…

“All they ask of us is to stay here. Where it’s safe.” As we step into the world…

“If it gets dark now, you just ride it.” I’ve always believed that there’s a story in each… 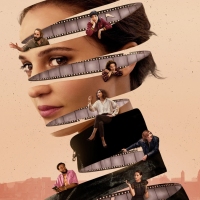 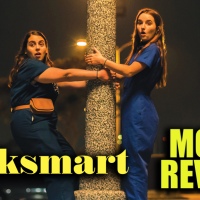