REVIEW: THE LOST CITY OF Z 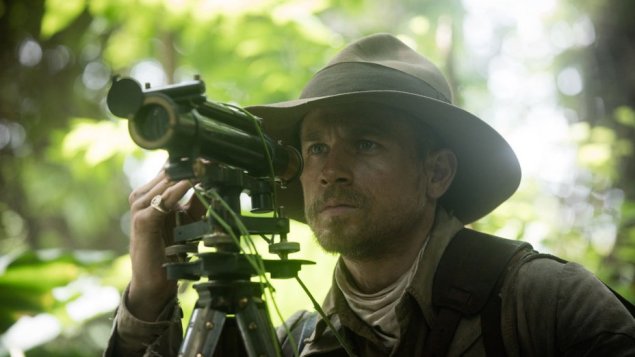 Based on the 2009 novel by David Gann, The Lost City of Z takes us on an adventure as Percy Fawcett, a young military officer, goes on a quest to find a lost city in the Amazon. This lost city, referred to as “the city of Gold”, becomes Percy’s central focus, which leads him to dive into a near obsession to find this Amazonian city.

Director James Gray, most known for films such as We Own the Night, Two Lovers, and The Immigrant, takes us on another beautiful adventure, which is so different from Gray’s usual New York City inspired films. One aspect that remains of Gray’s filmmaking is the beautiful aesthetic that is enriched throughout this film. You can’t take your eyes off of what is happening on the screen. The environment envelopes you, and at times makes you feel like you’re on this adventure with these men. But don’t look for Joaquin Phoenix to be making an appearance as he usually does in every Gray film. I’m sure Phoenix would have done a great job as Fawcett,

but Gray decided to cast Sons of Anarchy’s, Charlie Hunnam, in the lead role. Hunnam hasn’t impressed me with his acting ability in the past, so I was a little apprehensive to see him playing Fawcett. Nevertheless, I was blown away by his deeply moving performance. Along with Hunnam, Sienna Miller has a great performance as Percy’s wife, Nina. Nina is a pre-feminist era woman who often craves more, but is told her place is in the home. But it was Tom Holland’s portrayal of Percy’s son, Jack, that had me in awe. Holland is definitely going places in his acting career, especially when he becomes of age to be cast in more mature roles. There is a moment towards the end of the film with both Percy and Jack that is both breathtaking and incredibly moving.

But even with all its glory, The Lost City of Z can be a little long and dry, which is why some audiences may not find this film as appealing as it could be. There were times when I compared this film to Spielberg’s, Lincoln. But to those who watch this film, up until the final scene, you won’t be able to deny the thought provoking story and imagery that lies within in this film.

The Lost City of Z