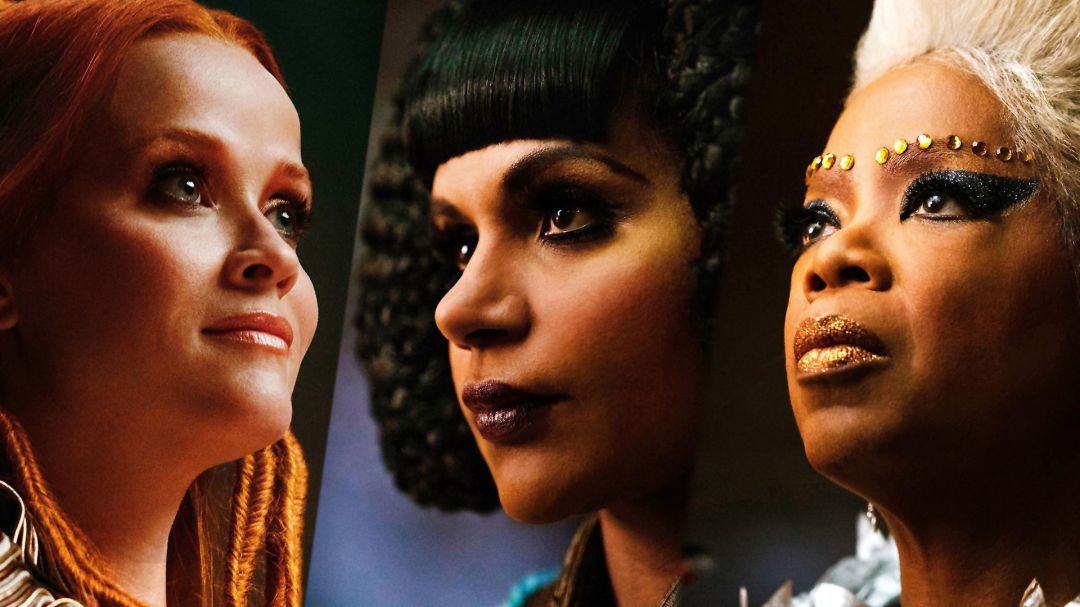 A Wrinkle in Time, based on the novel by Madeleine L’Engle, tells the story about a young girl named Meg, who doesn’t exactly fit in with her fellow students. If that wasn’t enough to deal with, her famous scientist father finds a way to travel to a different universe in a split second, and mysteriously vanishes. Now, four years later, Meg, along with her brother Charles Wallace and friend Calvin, must follow 3 witches who believe to know his whereabouts. Having read the book when I was young, I was looking forward to this film. This is not a landmark film by any stretch of the imagination. Instead, it is incredibly disappointing in its overall execution.

If you’re a huge Oprah fan, no pun intended, you will get your Oprah fill, and your fill of every other adult female character in this story. Though the A Wrinkle in Time is marketed with Oprah, Reese Witherspoon, and Mindy Kaling being the center of this film, it is the children that get the majority of screen time.  Now, I’m skeptical of child actors and films that rely heavily on children to further the story. Some films do well by assisting the children in rightly portraying their characters. However, A Wrinkle in Time is not one of those movies. Storm Reid, who plays Meg, and Levi Miller, who plays Calvin, come together and portray their characters well. Reid, in my opinion, outshines her fellow young stars, but does not have us leaving the theater in amazement at her performance. It is well done, but I can see her improving her skills, especially when she grows to be a more sophisticated actress. However, like most child stars, there is always one bad apple that spoils the bunch, and that comes from Meg’s little brother, Charles Wallace, played be Deric McCabe. I have no words to describe how frustrated I was at his performance. All I can say is that I wanted to rip out my hair, especially towards the final scenes.

Ava DuVernay, who most people may know from directing Selma or 13th, directed A Wrinkle in Time with some of her signature trademarks in tow. And if you have seen any of her movies, you know she can do incredible things, especially when framing two conversing characters in a scene. But something felt odd about DuVernay’s directing this time around. It’s almost as if DuVernay was out of her element on this one, which leads me to the execution of the storytelling.

A Wrinkle in Time is not an easy story to get right onscreen. It’s been done before and, surprise, surprise, ended up being a watered down made for TV movie. But in this newest adaptation, the overall story did not feel as though it came together in a cohesive manner. As I have said in pervious reviews, and as I have heard many directors and actors say, when making a movie, everything, from start to finish, has to come together. This movie did not do that. Yes, A Wrinkle in Time plays with the imagination and gives the audience some wonderful scenes to look at onscreen. But without a thoughtful adaptation of the story, the movie will not come together. This is where you will find my biggest pet peeve with the film.

I can let a lot go, especially with films concerning, and being aimed at, children. A Wrinkle in Time did not come together in the way that would showcase and make the audience go “wow!” With the film’s jumbled adaptation and child acting that was a bit rough around the edges, this film will leave you with nothing but a bad taste of dissapointment in your mouth.

A Wrinkle in Time