“Eighth grade is the worst.”

Eighth Grade tells the story of Kayla, a young, quiet girl, who’s about to cross the threshold into high school. But before she makes that leap, she must finish her last week of a not-so-glorious eighth grade year. This last week of middle school brings about the most integral part of Kayla’s middle school years by giving her the confidence to find her true self. There’s something wonderful in hearing a story about someone so young and vulnerable during some of the most formative school years. We look at it with nostalgic eyes, and remember a non-idealistic time. When we see it onscreen, whether it be in a film like Eighth Grade, or even Lady Bird, we feel a sense solidarity to these characters.

Eighth Grade is sweet, bold, and funny, and in all the right amounts. Elsie Fisher, who plays Kayla, does a hilarious, and rather true to life portrayal of an incredibly shy teenage girl. But it’s not the quietness that is put on display in this film, but rather Kayla’s ability to come out of her shell and try to find her confidence, and ultimately, herself. However, on her way to finding herself, she does take a detour in becoming a person she really isn’t. But who hasn’t tried to impress people by being someone that you truly aren’t? That’s what’s so wonderful about a story such as this. Eighth Grade resonates not only with young people, but adults as well. 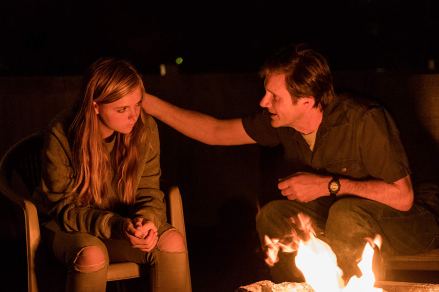 We connect with Kayla because we want her to succeed in finding her own voice. Much like trying to find our voices in all types of situations. But as Kayla is on this prolific journey, it’s the relationship between her and her father that is the key to such great storytelling. These father and daughter relationships are getting more attention in recent years. When so many movies had the father in the distance, Eighth Grade puts this relationship in the forefront. Josh Hamilton, who plays Kayla’s father, speaks some of the most crucial lines in the whole film.

Now, we have to thank writer and director Bo Burnham for putting together the cast of characters that he did for this film. If you have seen any of Burnham’s previous work, you know how funny he is, and how that same comedy is so greatly intertwined throughout the film. Burnham tells this story in one of the most honest ways ever told on screen. The cast greatly resembles that of real middle school kiddos, but with maybe a little more phone time. But I must say, Fischer is destined for great things in her future. I would love to see her in a role that requires her to be charismatic and outspoken. Then we can really see the extent of her acting ability. This was Fisher’s movie to sink or swim, and she nailed it. Her relatability to the audience comes right off the bat. But it goes without saying that her portrayal of this introverted girl is one of the best portrayals of a young person in any film.

This isn’t a movie for eighth graders, or any middle schoolers. In fact, Eighth Grade is more for those who have been through these awkward years, and have come out on the other side a better person. So many times when we see a coming of age film like this, it’s too sappy or too farfetched for any of it to be believable. But this film is simply not like that. Eighth Grade does everything to portray a girl in one of the most vulnerable times in her life. Maybe it will work out for Kayla, and maybe it won’t. But you know what, much like real life, it’s okay. 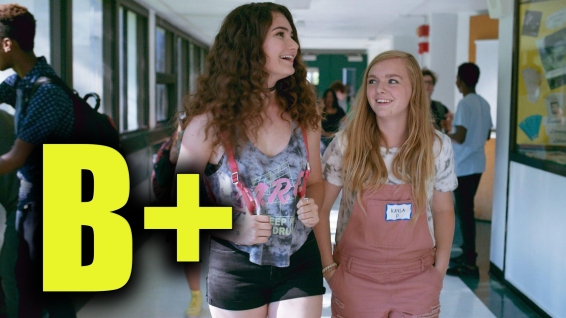