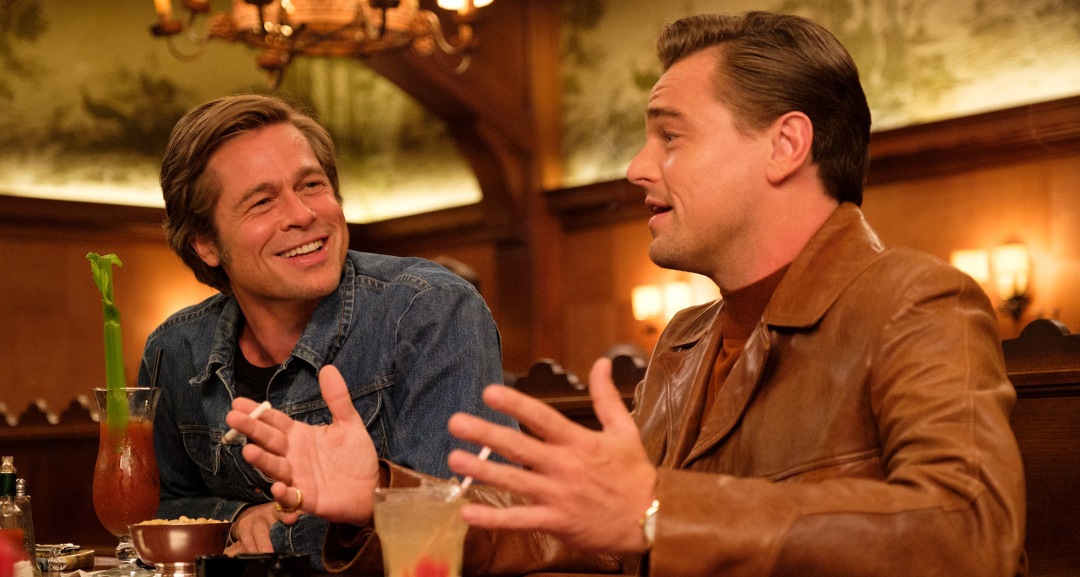 Once Upon a Time In… Hollywood is Quentin Tarantino’s newest imaginative film, and tells the story of Rick Dalton, a middle-aged actor who is on the verge of being a “has been” along with his stunt double, Cliff Booth. The film follows the two men as they hang on to the last bits of stardom, while living life in 1969 at the height of the Mason Family murders. The intrigue, violence, and grit that comes along with a Tarantino film is well-known by now. With his directing talents behind the camera once again, he takes on his own creative writing and mixes it with real life events. Thus, creating another enjoyable Tarantino flick.

For those who have seen the entirety of Tarantino’s filmography, I will say that Once Upon a Time… is almost completely different. With that same Tarantino flare for the cool and unpredictable, still intact, this film doesn’t have nearly as much violence as his previous films. Along with that, this is definitely one of Tarantino’s slowest stories to date, and one could say that if you didn’t enjoy The Hateful Eight, you definitely won’t enjoy this film. Once Upon a Time… is a love letter to those elements of the late 60s and early 70s Hollywood, and the era of film that Tarantino grew up with. Although in its beauty, there were some extremely tough times throughout those years, which is where The Manson Family Murders come into play.

The grisly murders of Sharon Tate and her friends on a warm night in 1969, play throughout the background of the story. Tarantino’s handling of such delicate storylines, is superb and doesn’t focus so much on the murders, but rather showcases a young women full of love and life.

Margo Robbie’s version of Tate in the film will emphasize that “love for life”. Though the character doesn’t have many lines, I believe her role is one of the most important as Tate is often shown fully embracing the moments she lived, and not just being displayed as a murder victim, which is what she’s usually remembered for. However, the best part about the film, other than Robbie’s convincing portrayal and Tarantino’s brilliant writing, was Leonardo DiCaprio and Brad Pitt playing onscreen buddies. Each one brings their eccentric and brilliant acting talents to the screen, which make the characters that much more to love. You sympathize with both as the sun begins to set on their careers. Not to mention, these two have some of the funniest scenes in the film. Though the characters are well thought out, there’s no real cohesive story that flows throughout the film.

When in relation to Tarantino’s previous films such as Pulp Fiction, those films dabble with the nonlinear storytelling, but end up still providing a cohesive storyline, with each character playing a part to the overall narrative. Once Upon a Time… often feels too choppy with some scenes bordering on the idea of just being filler scenes. I can’t say that this style of writing bothered me to the extent of disliking the film, but rather a piece of filmmaking that just didn’t seem to flow as great as his previous films. But if that doesn’t bother you, the abrasive editing that leers its little head, can be quite distracting, and will often cause you to notice some inconsistencies with the filmmaking.

Once Upon a Time In… Hollywood

Written and Directed by: Quentin Tarantino