“Three shocks will kill a man.”

**Brixton gives them one electric shock**

“Yeah, I thought it was a cool thing to say at the moment.”

With the beef between Dwayne “The Rock” Johnson and Vin Diesel, not to mention The Rock’s ever increasing success on screen, I completely understand why Hobbs & Shaw came to fruition. The enjoyment I had after watching this film is probably more fun than I thought I would have. Once again these two men, as they’ve shown in their previous action films, take on villains through physical weapons and hand to hand combat. We know that The Rock and Statham can easily prove themselves, but Vanessa Kirby who plays Shaw’s sister, Hattie, also holds her own. You may not able to see Kirby out of her period garments when she played Princess Margaret in The Crown, but Kirby is shedding that persona by taking on these badass female leads as she also did in Mission Impossible: Fallout. 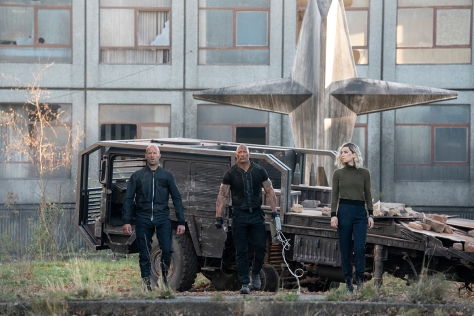 The three of them take on one big scene after another. Along with these epic action sequences, The Rock and Statham’s “buddy cop” type relationship, add that cherry on top to this film.

One thing that the Fast and Furious films have always succeeded at is the ability to make a fun action film, without taking themselves too seriously, which continues with Hobbs & Shaw. The constant comedy between our two main protagonists, could take its toll if you prefer the comedy to not be so apparent in your action films. In its goal to be both funny and action-packed all at once, the film had some comedic sequences where The Rock and Statham would go on and on with witty banter, only to cut into longer fighting sequences later on in the film’s climax. I’m referring to a scene in the airplane when the two men are making constant digs at one another, which then proceeds to turn into a longer comedic sequence as a well-known actor is introduced into the film’s plot. The director, David Leitch, could have reigned in the two, for which I can only assume was free reign improve between the two.

Hobbs & Shaw is an all-around entertaining action movie. With its thrills, it exceeds the most recent Fast and Furious films in fun and storytelling. Though it does slip up at times in its fluidity of the plot, I highly recommend watching Hobbs & Shaw when you’re in the mood for that exciting, comedy-driven, highly unrealistic, action film. 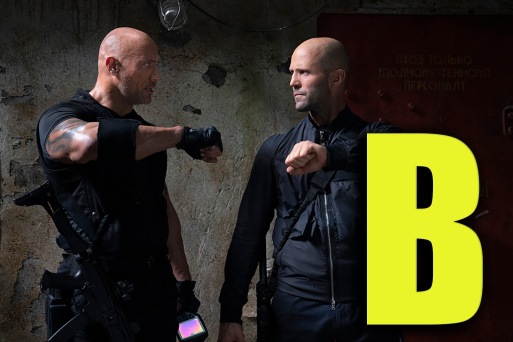