The name, Natalie Wood, continues to fall on the tongues of audience members and media outlets — examining a career that ended almost 40 years ago. Beginning with her time as a child star, Wood eventually catapulted into stardom in films such as West Side Story, Splendor in the Grass, and Rebel Without a Cause. Her life, however, was anything but perfect. Natalie Wood: What Remains Behind, produced by her daughter, Natasha Gregson-Wagner, takes an intimate look at the actress’ career, and private life, that are too often overshadowed by the tragic drowning that shocked the world.

This is going to be a bit different from my regular reviews. I guess you could say it’s more of my general thoughts. See, it’s hard to review a documentary that is so personal to someone, and to be honest, which documentary isn’t personal? As I’ve seen numerous amounts of stunning true-life stories, What Remains Behind is different. Maybe it’s more personal to me, because the actress played a pivotal role in my love for classic film, which I explain in my Top 5 Natalie Wood Performances. The documentary reads like a love letter — Gregson-Wagner, and many of Natalie Wood’s friends (Robert Redford and Mia Farrow) and family members, are opening up their hearts to reveal the deepest parts of their love and admiration for the accomplished actress. It’s clear what Gregson-Wagner wanted from this documentary. 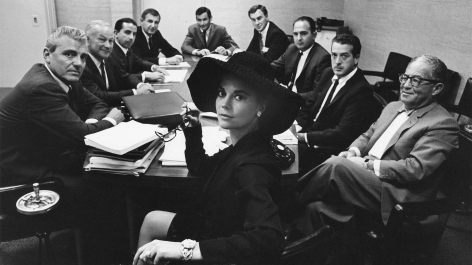 She wants her mother to not be remembered for her tragic drowning off the coast of Catalina Island, but rather for people to remember Wood as an extraordinary actress who helped bring some of the best classic films to life. The documentary dives deep into Wood’s relationships, and her fight to become an independent actress – choosing her roles and managing her brand – in a time when that female mentality seemed to be snuffed out.

While some may say that the documentary is “lopsided” in favor of a flattering look at the actress, I simply say, what did you expect? I can see where Gregson-Wagner, and her sister, Courtney Wagner, may have unnecessarily revealed their dislike for certain family members. And in that regard, maybe those who believe this documentary to be overtly “controlled,” will have a problem. As for me, I don’t see it like that. In fact, I found their opinions on such family members to add to the intrigue of the documentary, because no one has ever revealed this information before.

What Remains Behind is a good-bye letter, a closure of sorts, for the people who knew her best. If you know much about the ongoing investigation into Wood’s death, you may know the allegations concerning Robert Wagner, Wood’s husband at the time. My fascination peaked in this area of the documentary, as Gregson-Wagner asked her step-father, not only about the investigation, but what exactly happened in the moments leading up to Wood’s death. You get a deeper look into the arguments that took place that night, and how Wood’s busy career, family and social life, were about to collide.

What Remains Behind is an unfortunate documentary that had to be made. It feels right that this family is able to tell their side of a story that has been stretched and morphed into a scandal  — by the press — to gain more views. As I said before, this will be different than my other reviews. There will be no rating system. All I will say is, What Remains Behind is a must-see film, documenting the up and downs of Wood’s career, her private life, and her passing. It will satisfy any fan of Wood, and any fan of classic films. But all in all, the film sheds light on the illustrious career of an actress who’s talented career ended all too soon.