“Oh, he is blowing it just like you thought. Yeah, it is a complete shit-show.”

When the news first broke about President Donald Trump’s new military branch called, Space Force, I stated on Twitter that it sounded like something The Office’s, Dwight Schrute, would make up to feel important. So being a huge fan of The Office, I was genuinely excited to hear that creator Greg Daniels, and Steve Carell, would be creating this new Netflix satirical comedy. However, Space Force “fails to launch,” by delivering a mediocre comedy that audience members will struggle to get through.

Space Force follows General Mark R. Naird, played by Carell, who believes he’s next in line as the head of the Air Force, only to be shocked when he finds out he’s going to be in charge of Space Force. Much like many “start-ups” Naird fails, fails, and fails again. Even when the good happens, there isn’t much that Naird can take credit for. Along with a wife (Lisa Kudrow) who’s serving a mysterious 40-year prison sentence, and a rebellious teenage daughter, Naird can’t seem to win. Carell’s performance as the deer-in-the-headlights General, is not bad, but it isn’t good either. Ultimately, Carell struggles to find his footing – giving audience members a chaotic and less than entertaining performance. But as Naird fails to make quick thinking decisions, he gains the help of Head Scientist, Dr. Adrian Mallory, played by the talented John Malkovich. Malkovich is his same old “Malkovich” character — once again playing the typical smart character that won’t stand for bullshit. Basically his character in Burn After Reading — just not as vicious. 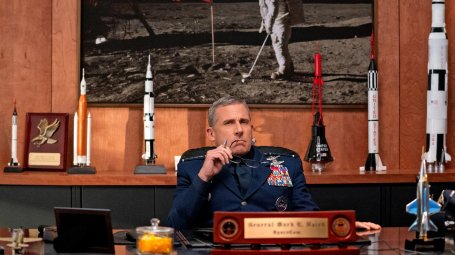 Mallory is the voice of reason throughout the season, and often times, best describes the viewer’s mood when watching Space Force. Malkovich is decent, but even his talents can’t get this show off the ground.

The performances from the ensemble are not what send this show into the pits – even though Ben Schwartz’s performance as the social media guru, Tony Scarapiducci, clearly throws his hat into the ring for most annoying television character. Most, if not everything, in this case, can be attributed to the story. I know I often criticize the story when it comes to movies and television, but in the case of Space Force, it’s something else entirely. One officer said it perfectly as he passes Naird in the hallway, “It’s a shit-show.” If I may put it nicely, Space Force is a huge disappointment. After the first episode, I was willing to quit, because I couldn’t see myself lasting 10 episodes.

Daniels and Carell have shown their comedy genius with The Office, but this only goes to show that lightening rarely strikes twice. Space Force has great potential in its political satire about this hilarious branch of the military. I mean, the jokes can basically write themselves. So let me ask the question, why aren’t any of the jokes the least bit funny? The comedic one-liners, don’t just fall flat, they’re forced. The Office, a similar workplace comedy, didn’t fish for laughs, but rather found the normality of everyday life in the workplace, crazy. Although some of The Office episodes are outrageous, it never feels over the top or annoying. If the writing is good enough, the jokes will just happen organically. But Space Force’s constant injection of low-grade comedy, is tiring. Nothing about this show falls into place – thus leaving Space Force as a convoluted mess.

I feel like posting the GIF of Tyra Banks in the episode of America’s Next Top Model, in which she yells “we were rooting for you! We were all rooting for you!” Space Force fails in so many ways. With a talented cast, and genius creators, it could have been one of the best shows to premiere on Netflix. How Space Force went south so fast, is beyond me. The show leaves you with a cliff hanger, a big problem of sorts leaving Naird to figure out what steps to take. But after watching the first season, it’s going to be hard to dig itself out of this hole. 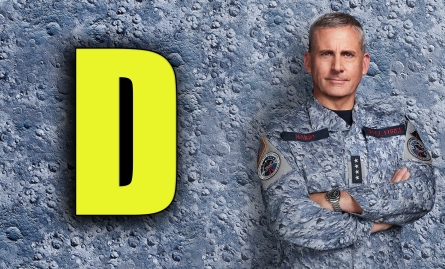