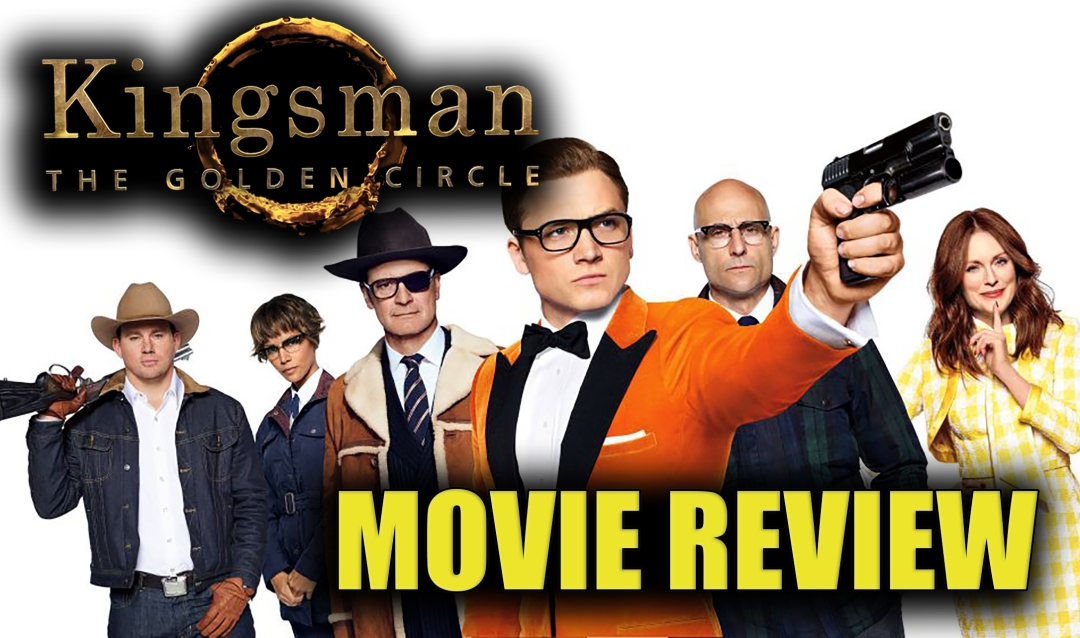 “Darling, if you save the world, you can have a backstage pass.” – Elton John

A few years ago audiences were greeted with Kingsman: The Secret Service. With the film’s insane storyline, gratuitous violence and humor, Kingsman succeeded in giving audiences a fresh take on the action genre. Flash forward to 2017 and we arrive at the newest film from director Matthew Vaughn, Kingsman: The Golden Circle.

Kingsman: The Golden Circle picks up not far after the first film, bringing along both old and new characters for its return. The film doesn’t take long to throw us into a flood of action as the main character, Eggsy (Taaron Egerton), is involved in a car chase with a bionic evil version of a familiar face from the first film. The story takes a turn as the Kingsman headquarters is blown up. In an effort to find the next step, Eggsy and Merlin (Mark Stong) find clues that lead them to the United States where they find their cousin company, The Statesman. As an evil villain turns the narcotic game on its head, The Kingsman must help save the world and take out an Elton John loving kingpin while they’re at it.

The Golden Circle doesn’t live up to its predecessor. The first film was a fresh take, so much in fact, that the little tweaks to the same type

of storyline seems unoriginal or predictable. I will say, that even with its many pitfalls, The Golden Circle does have some of the most awesome action scenes. The epic fight scene towards the end of the film has so many explosions and gunfire, that it really does bring you to the edge of your seat. However, the epic climax with the evil drug kingpin, is not so climactic, as the scene leads up to a huge bang, but falls with a thud.

The Golden Circle also came in at a whopping 2 hours and 20 minutes, which in my humble opinion, was 40 minutes too long. There were too many filler scenes with the film never quite getting to the point of why the characters were at this place. There is one scene that comes to mind when this “filler nonsense” got out of hand. The characters get to this music festival looking for intel. In what could have been a real simple scene, it turned into a lengthy storyline with the main characters getting little to no information. The story fell apart as the movie progressed, but even with all that, the actors throughout the film were commendable. There was never anything wrong with their portrayals. The actors just didn’t have the character arcs that were desperately needed.

Kingsman: The Golden Circle is an decent film, but without the long-lasting impressions of the first film. The action will bring you in, but the messy characters and storyline will have you wanting to throw your popcorn.