It’s often hard to reminisce about the “Golden Age” of cinema without uttering the name, Judy Garland, at one point or another. Because of her beautiful voice, Garland’s fame came mostly with musicals. However, she did lend her talents to some dramatic pieces as well.  So with the release of Judy this weekend, for which Renée Zellweger plays the musical icon, it’s only fitting that we countdown the Top 5 Best Judy Garland Films.

With musical talents such as Garland’s, it’s no surprise that she had the opportunity to work with legendary dancer, Gene Kelly. With sensational dancing and singing from both Kelly and Garland, it’s one of those must-see musicals for any such musical fan.

One of the many Vincent Minnelli and Garland musical collaborations, but definitely not one to pass on. You will fall in love with the young, girl-next-door character, as we watch Garland fall in love again in one of the sweetest ways. Meet Me in St. Louis is a delightful musical that has become a Christmas classic, and most importantly, one that will have your heart-strings zing, zing, zinging. 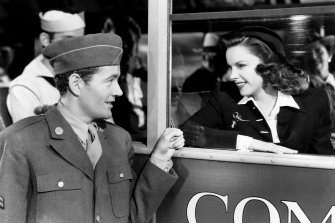 The Clock is a severely underrated film that is one of the few to not put Garland’s musical talent at the forefront, but instead a film that showcases her acting ability. Garland, along with costar, Robert Walker, put on a superb story of love that seems to push back against the ticking clock. A storyline that I’m sure so many young couples endured during World War 2.

Before Barbara Streisand or Lady Gaga, there was Garland’s portrayal of the female lead in a Star is Born. Garland eclipses the acting talents of costar James Mason, but both performances are simply outstanding. Garland’s vocal performance of “The Man That Got Away,” is reason enough to watch this film.

Is it any surprise that any other movie would be number one? Wizard of Oz, released 80 years ago this year, not only became a classic, but solidified its place in movie history. A young Garland was catapulted into instant fame with the release of Wizard of Oz, and it’s no surprise as you watch her put on a brilliant performance from start to finish.