“We need to get rid of the drugs.”

“We can throw it in the forest.”

Good Boys is one of 2019’s last summer comedies, and tells the story of three young 6th grade boys as they run into one problem after another while trying to get a replacement drone after breaking it when spying on two college girls. On their way to getting a replacement, the three boys find themselves in situations that both question their morals, but ones that also help them to fully examine their friendships and force them to come out of their shell. Good Boys is an “original” work, but often finds itself in a merry-go-round of recycled comedic material.

With the on-going success of this year’s teen movies that don’t censor themselves, e.g. Booksmart, it goes without saying that it is quite refreshing, especially in the comedic genre, to find young people films that are full of cuss words and sexual curiosity. However, I don’t know if this method has ever been used to really show the inner conversations of young 6th graders. Good Boys has its funny moments, which are few and far between. But as funny as those few scenes were, it’s no where close to the funny that was in this year’s  Long Shot, which coincidentally marks another Seth Rogan comedy. 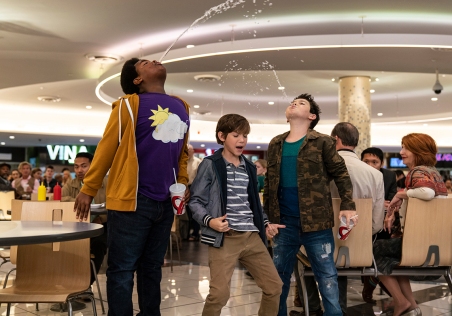 The acting from the three boys is good, especially seeing the horrible situations they get themselves into within a 24-hour time period. The scenes where the boys would interact with the college girls who wanted their drugs back, leads to some hilarious anti-drug moments. But as funny as those moments were, those jokes did start to become a little repetitive.

It’s been said that comedy is always the hardest genre to create. But more importantly, the hardest genre to please audiences. So it’s incredible to have produced something even halfway decent. But for Good Boys, as original as it may say it is, it’s still nothing but a younger version of Superbad. In addition, the repeating of the same jokes, and the incessant situations these kids found themselves in, was incredibly annoying. Some of the comedy was like the kid who keeps doing something because you laughed hard the first time. However, now you just want them to stop. Good Boys, although filled with funny moments, started to become severely repetitive with jokes that were only successful the first time.

Original doesn’t say much for Good Boys as it’s just another stale comedy that doesn’t achieve the “funny” that it wants to. But more importantly, this film will leave your mind just as soon as you leave the theater. But even with its faults, it’s still a funny piece of work. It’s just one that could’ve been better. 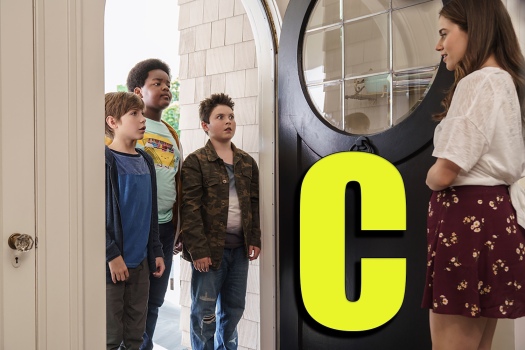